Getting a child to stop biting is no easy task. It is one of the more difficult stages of toddlerhood in my opinion, since they tend to hurt other kids when they bite, instead of just being loud or irritating, like the other common toddler issue tantrums. 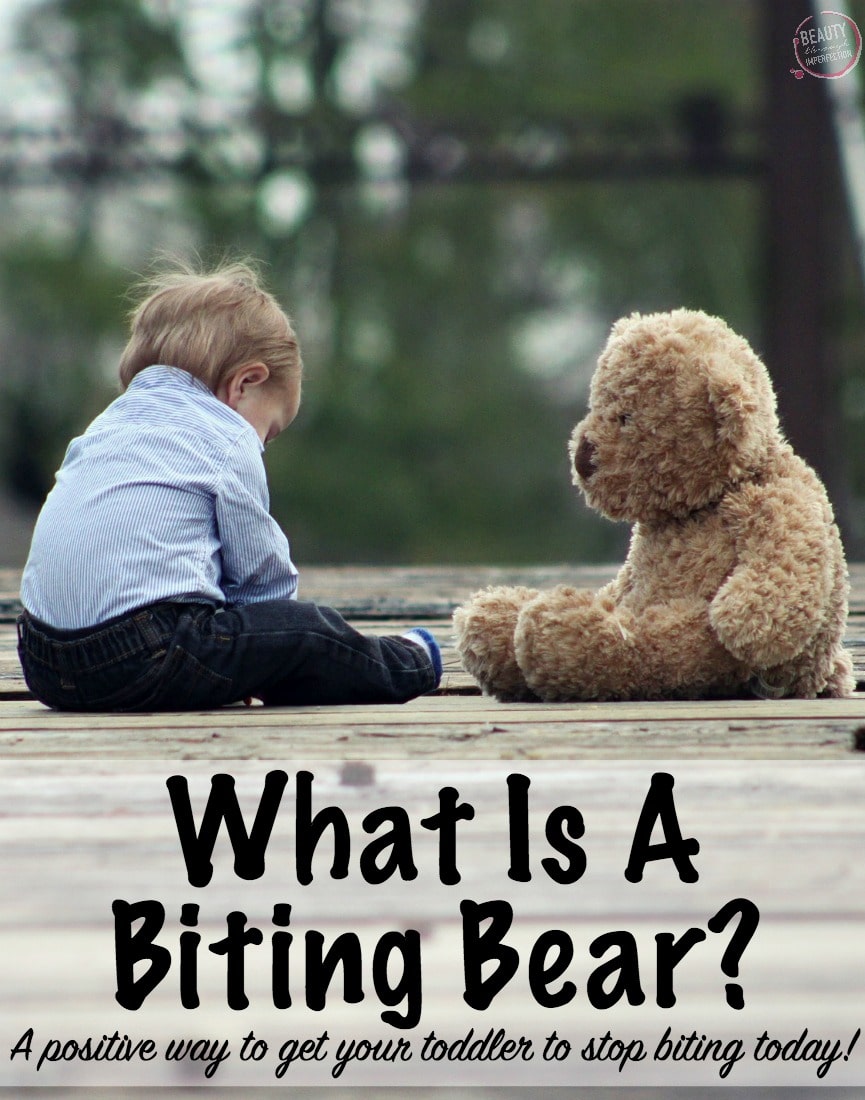 I’ve already shared the one simple phrase that stopped my two year old’s biting habit, but we all know that kids react to thing differently. Some kids may be able to understand that they aren’t supposed to bite and that it hurts, but it doesn’t eliminate their need to bite.

This trick is for the relentless biter. The ones that just won’t stop even though they know that they should.

We call it the biting bear. 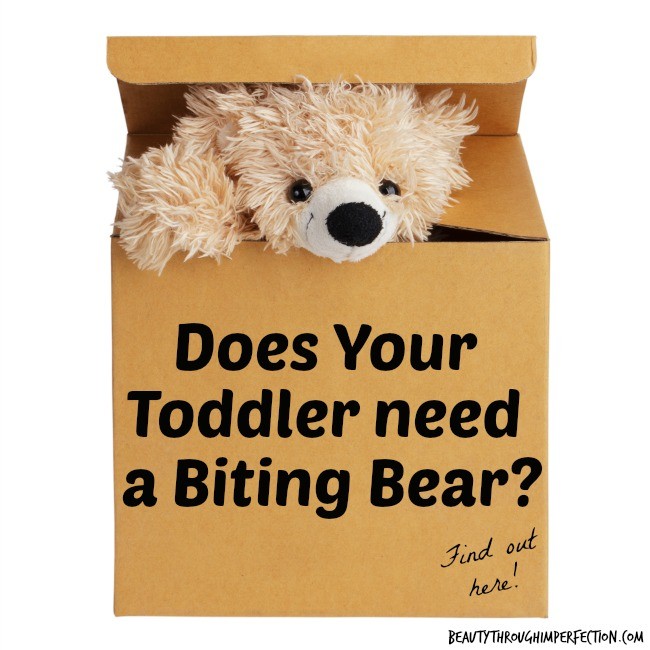 If your little one just won’t stop biting  then this is the trick for you! go to the store and buy a special new teddy bear. Something small that can be easily carried around. Instead of a name, explain to your child that this bear is for biting. Whenever they get that urge and they can’t help but bite something, they are to run and grab their bear and bite it!

Be sure to emphasize that we never bite friends or other people, not even other toys, this is the only acceptable thing to bite in a situation in which the child feels upset, angry or troubled. 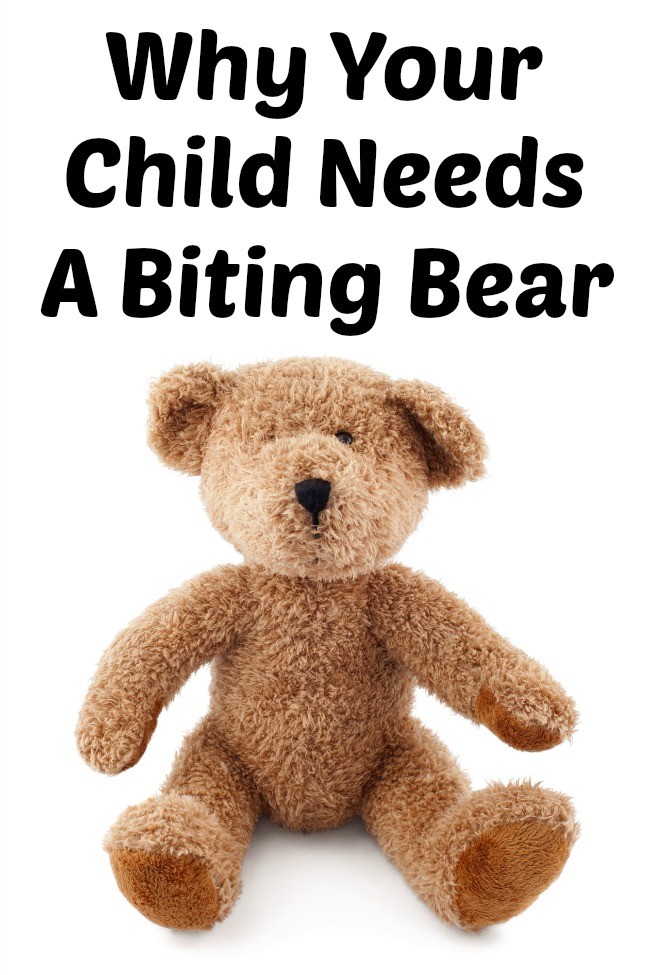 It may take awhile for them to remember what they are allowed to bite, but giving them a way in which they can get it out of their system, in a way that doesn’t harm any one or anything diffuses the situation of stress. As they grow older and learn new and better ways of managing their emotions, the need for the bear will slowly fade away. It is usually only needed for a short season, but it can make the difference between getting kicked out of preschool or playdates, or being welcomed back with open arms!

Is there a toddler biting in your house? How do you handle it?

Check out these helpful tools from our affiliate