Thank you Goliath Games for sponsoring this post. Pick up your favorite game today to enjoy the holiday season and beyond!

Games are a family favorite at our house. In fact, before my kids would even sit still to watch an entire movie, they would sit on the floor with us to play games.

Lately, we’ve realized that playdates can be hosted with a bunch of fun games, and it’s just the BEST.

See, there’s enough activity and movement that it keeps even the wildest kids having fun, BUT no one is rough housing or being too crazy where some one might get hurt. It’s PERFECT.

Last month, we hosted a board game play date and it was nothing short of magic.

Check out this stack from Goliath Games and Pressman Toy. 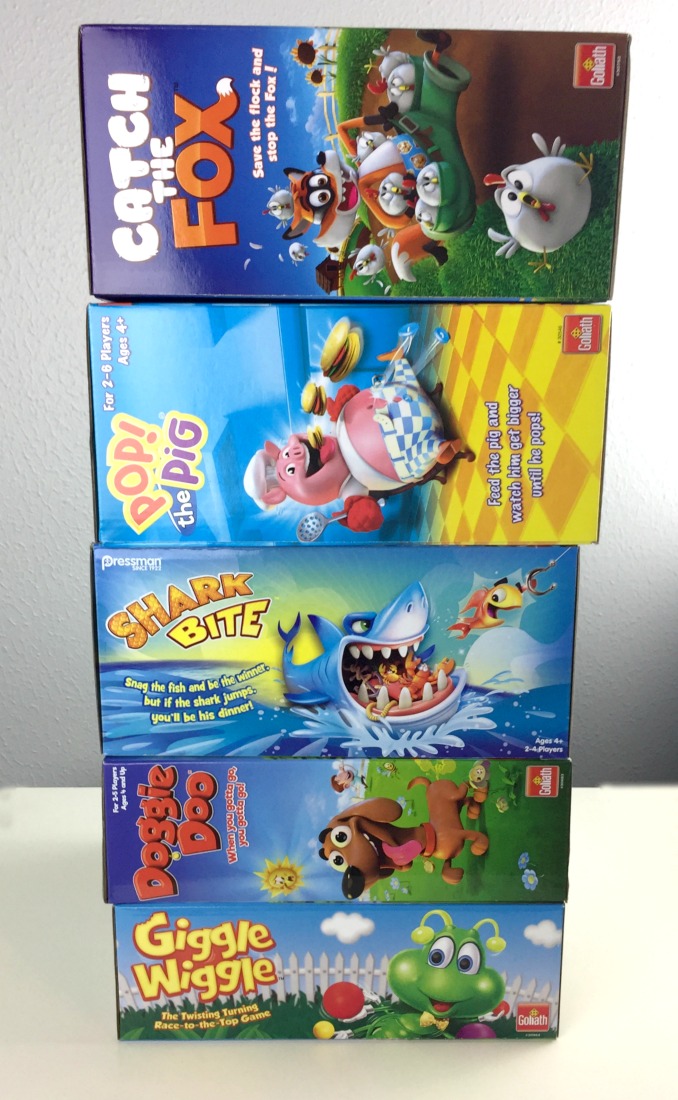 These games are about MOVEMENT and the kids had a wonderful time.

There’s a “surprise ending” to each game with kept the kids laughing too. They would stare in suspense during each person’s turn waiting to see if the surprise would happen or not. 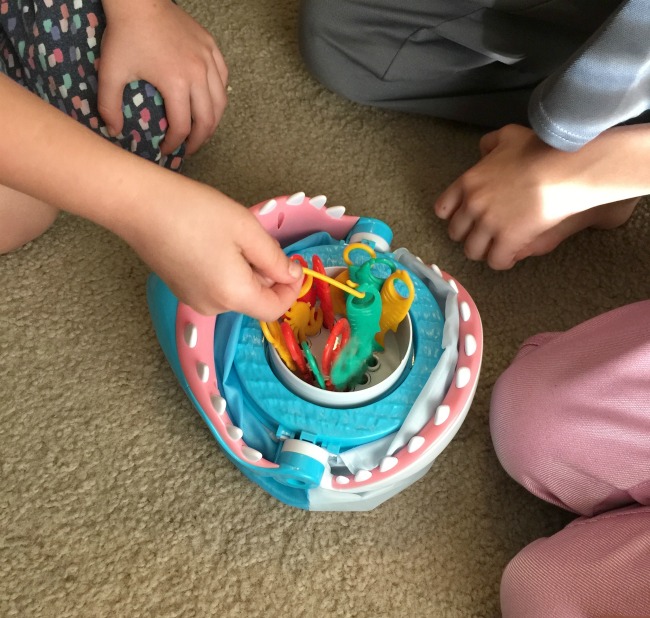 Take this Shark Bite game from Pressman Toy kids take turn fishing and pulling sea creatures from the shark’s open mouth. The game ends when the shark CHOMPS on one fisherman. The kids thought this was hilarious and kept playing this one for HOURS. 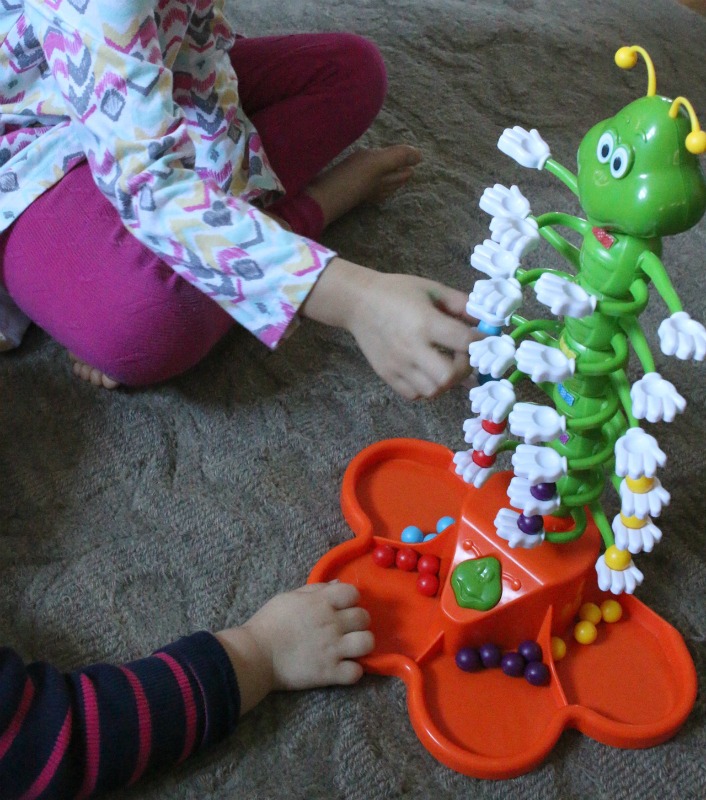 Giggle Wiggle from Goliath Games was a huge hit as well. This is the only one of our 5 games that needed batteries, but the song and wiggling that the caterpillar does make the kids excited to play.

After we did this game by the correct rules a few times, they started creating their own games with this happy, dancing caterpillar. It was wonderful watching them work together creatively! 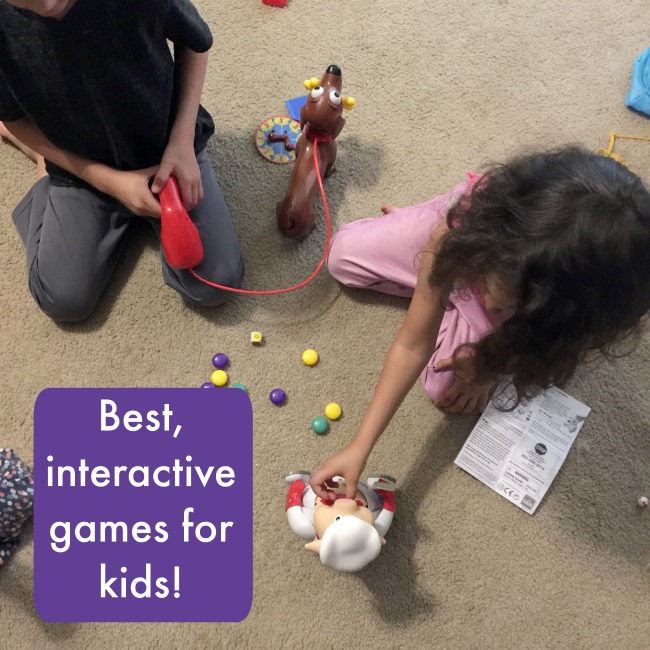 Pop the Pig from Goliath Games was another instant hit. Kids take turn feeding the pig brightly colored hamburgers until the pig pops! My daughter in particular thought this game was hilarious! I appreciated that the whole game was so small, and could be stored inside itself (all the burgers fit in the pig) so this game can easily be transported to a friend’s house or even on vacation. It’s no wonder 10 million games of Pop the Pig have already be sold! 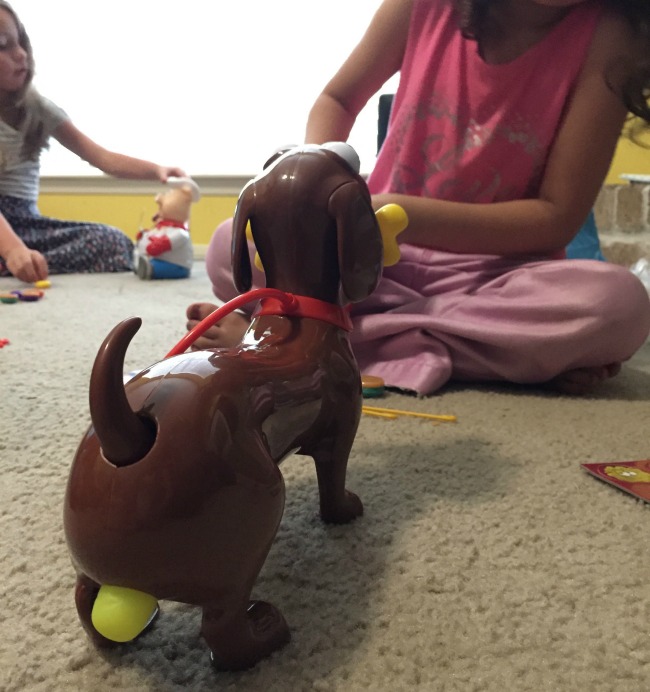 Doggie Doo from Goliath Games had even the adults at the party laughing.

This game uses food pellets that are fed to the dog. Each person then squeezes the dog’s leash on their own turn until the dog plops out the pellet. If the pellet plops out on your turn you have to clean it up (handy cleanup shovel included) and you get a fart token. The person with the most tokens at the end of the game wins!

It’s a hilarious way to teach responsibility and talk about all the work that goes into raising a pet.

This little pup has over 120 million views on YouTube already, and was definitely a hit in our house too. 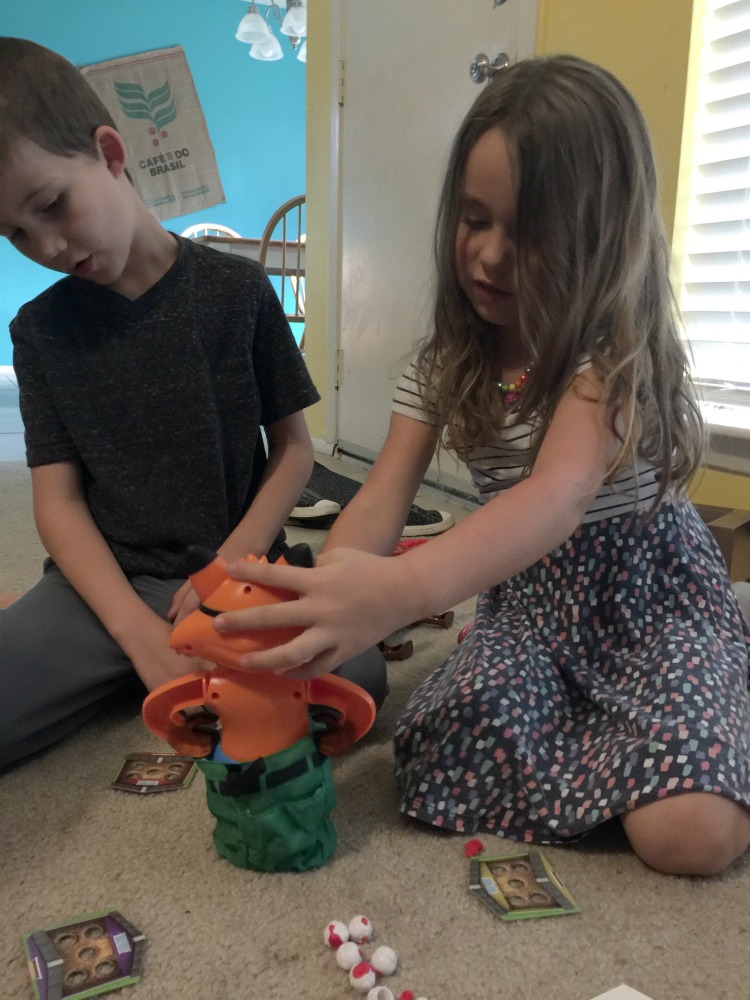 Lastly, we played Catch the Fox – a game about a greedy fox who grabs up chickens and stuffs them in his pockets. As he collects the chickens eventually they become too much for him and his pants fall, with chickens flying everywhere! Kids are then tasked with gathering chickens into their own coop.

This game was France’s Top Toy of the Year in 2016. It’s innovative build makes it an exciting AND suspenseful game, every time you play.

We had the best time playing these board games for 5 year olds and older kids, and our guests did too!

I know our family will constantly be on the lookout now for the next new game from Pressman Toy and Goliath Games! These games would make the perfect gifts for nieces, nephews and cousins too!

I was selected for this opportunity as a member of CLEVER and the content and opinions expressed here are all my own.