There is much debate about which is the best birthing method. I’ve seen many mommy wars waged on this very topic, as moms argue over which way is the best, hardest, healthiest or promotes the best bond between mommy and baby. 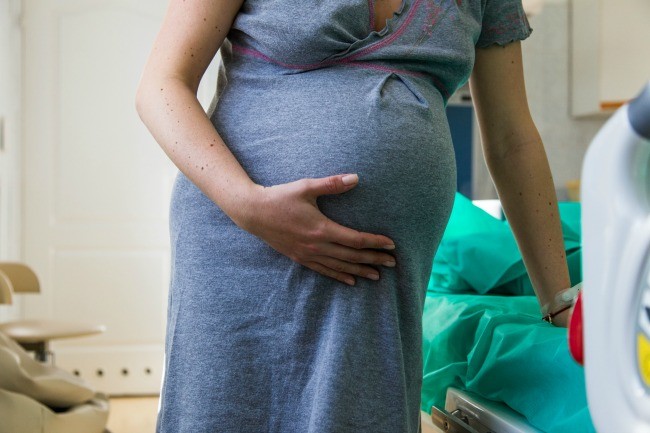 I definitely think that it is important for moms to make informed birthing choices, and plan for what they feel will be best for them and their babies. What I don’t like is when mamas start attacking each other, or trying to make others feel inferior for their birthing opinions or chosen methods.

Before my son was born I was told that vaginal birth with no drugs is the absolute best. I was given multiple reasons for this, but the most common was for bonding with the baby. I’m sure that there have been medical studies done on the topic and that’s really not what I’m here to discuss. I know that many wonderful mamas still carry guilt for their birth methods, and I know even more pregnant mamas who harbor fears that they will not be able to give birth the “right” way. I am 100% for moms making informed decisions about birth and going into it with both eyes open but I’m a bit weary of the guilt trips that all-too-often accompany that information.

This is why I’m sharing my story:

When I was pregnant with my first baby I made a birth plan that described all my wishes and hopes in great detail. It said I didn’t want any type of medical intervention and I wanted to deliver him vaginally without any painkillers. 9 days past my due date I was induced, but still hoping to have a pain-medication free birth. I was so worried about doing everything “right” and not being judged by people who might think that I was selfish or weak for taking pain medication. 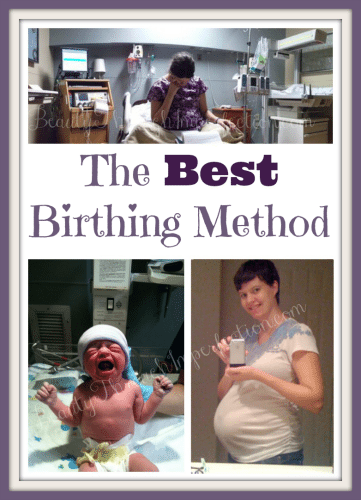 A few hours in to labor all those hopes flew out the window and I begged for intervention. The nurses gave me something in my IV which made me both drowsy and loopy. An hour later my son was born. The doctor laid him on my chest and he was the most beautiful thing I had ever seen. I still remember the tears flowing down my cheeks as I started at his perfect little face. I can’t adequately describe the love that I felt in that moment, but it still gets me teary-eyed when I think about it. The bond I felt for my son was immediate, even with the pitocin flowing through my body accompanied by whatever medication they gave me in that IV for the pain.  It wasn’t what I had planned, but it was beautiful.

Then came my second birth. It’s quite a story (you can read it here), but the short version is that I delivered the princess roughly 10 minutes after we arrived at the hospital. My birth plan didn’t even make it in the building (neither did my dr). She was born in 3 quick pushes without even a chance to get any type of medical intervention. There were a couple issues with me afterwards, but her actual birth was pretty much perfect. But if I’m honest, I didn’t feel that immediate bond when she was placed on my chest. Instead of weeping at her beauty and being in awe of the miracle of life, I think I just smiled a bit and thought “aww she’s here”. That was it. The world didn’t stop turning the way it did with my son, and I don’t remember crying at all. I was happy, relieved, and full of love, but it was very…different. I didn’t even realize until a few hours later, that the bond was not immediate with her the way it was with my son. It’s hard to describe the difference in emotions, but it was definitely unique.

After my issues were cleared up, I was able to nurse her before she was taken to the nursery for her newborn tests. I stayed awake for awhile waiting on her. I wasn’t exhausted the way I had been with my son, I wanted desperately to see her, but I wasn’t frantic as I had been 2 years earlier when my son was separated from me for his newborn tests. As I spent the first night with her, and many nights since then, our bond has grown and deepened and it has been beautiful to watch it happen.

My bond with both my kids is equal now, but I still find it interesting when I think about it. The medicated birth that lead to an immediate bond with my son, and the easy birth with no interventions without the immediate bond. It goes to illustrate that every birth is truly unique, and beautiful in it’s own way. I have no regrets about the births of either of my children. Neither went the way that I was expecting, but I smile at the memory of both.

I write this for those that worry that your birth won’t be perfect. Birth rarely goes the way that we have planned, but each is beautiful and difficult in it’s own way. Birth is not a competition, it’s personal, and it is up to you (with the help of your health providers) to decide what the best method is for your family.

And to the moms who worry about bonding with their babies… It’s true that it’s not always immediate, but that isn’t  your fault. And it doesn’t have to affect your entire relationship with your child. My daughter will probably never know that the magical-emotional bond wasn’t there immediately after her birth (At least not until I tell her as she’s preparing to birth children of her own). She won’t know because it doesn’t affect our lives today, just as the choices I made during their births do not affect us today. The pitocin, the pain medicine, and the almost birth in the car. They each lead to the same outcome, a healthy baby welcomed into a family full of love.

The love that I feel for both of my children goes so far beyond what I felt for them in their first few days of life. It grows everyday, and I doubt that it will ever stop. 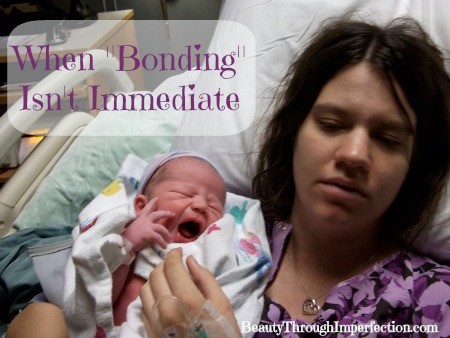 So enough with the mommy-guilt, bring on the mommy-support. Support for all mamas, for all birthing decisions & all birth plans (even the ones that stay tucked away in the car while mama delivers the baby).

I recognize that there is a lot of medical research that has been done on the topic of birth, and I’m not here to talk about that today. I feel that those conversations are best between moms & their doctors, midwives or nurses. Not from my little blog. Nothing I am saying here is medical advice, just one mama’s thoughts in the hopes of alleviating some mommy-guilt from those that may have been told that they did (or are planning to do) things the “wrong” way.

Did your birth go according to plan?

Looking for more Birth/Pregnancy posts? Check out these two favorites: 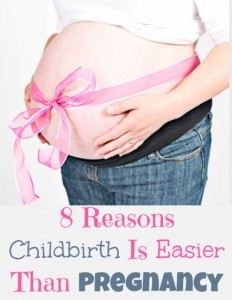