One of the ways we’re preparing Little Man for the arrival of his baby sister was by going to build a bear!

I know that may sound funny, but I think it is actually going to be quite helpful for him :)

Today I took little man to build a bear for the first time ever! (I was WAY more excited than he was)

I let him choose which animal he wanted. His choices were a bunny, a bear or a dog and he selected the dog (big grins and squeals of “DOG DOG!” and I knew that’s what he wanted). After giving the sample dog a big hug, we went to the “recording station”. I was able to make a little recording saying “I love Elias” to put in the dog’s paw. It’s a little bit extra to do this, but I decided it was worth it! In fact, being able to do the recording was a big reason I chose build a bear! :)

He even got to brush the dog with some brushes they had set up in the store. He LOVED that part and I ended up buying him a little “dog” brush too.

They have lots of outfits for the animals but we passed on all that. Little man wouldn’t know how to do it himself, and he doesn’t know what he’s missing! 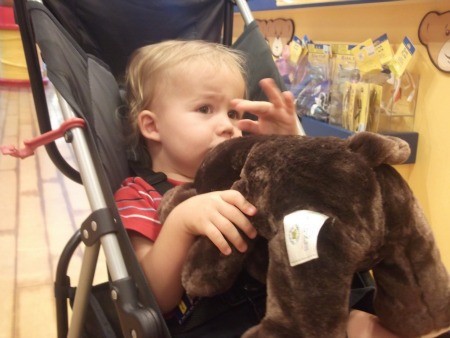 I think it will be really nice for him to have my voice recorded on something he can hug and love on while I’m not there to love on himEven though I took him with me to buy the animal (it was a special mama-son date) he doesn’t realize we bought the dog. It was a fun experience for both of us, but after the animal was put in the box he hasn’t seen it. I’m hiding the box in my closet, and he won’t see the dog again until I’m in the hospital having baby sister. His grandmother will be staying at our house with him and she will give him the dog then as a special present. 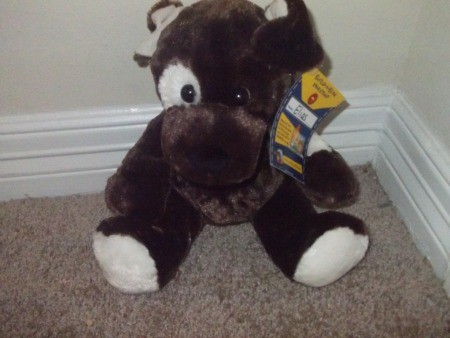 We won’t know for a few more weeks if it is as helpful as I think it will be, but I will let you know! :)

sidenote: When we were at the store I learned that build a bear has a special program now where there is a small barcode paper placed inside each bear connecting it to you. So if the bear is ever lost and returned to any build-a-bear store they will be able to find out it’s yours and send it to you! SUPER cool! :D

*I didn’t get any compensation from Build a bear for writing this post ;)