This is a sponsored conversation written by me on behalf of Blue Man Group. The opinions and text are all mine.

This Summer my son and I had the chance to take a trip together to go see Blue Man Group perform at the Luxor Hotel & Casino in Las Vegas. 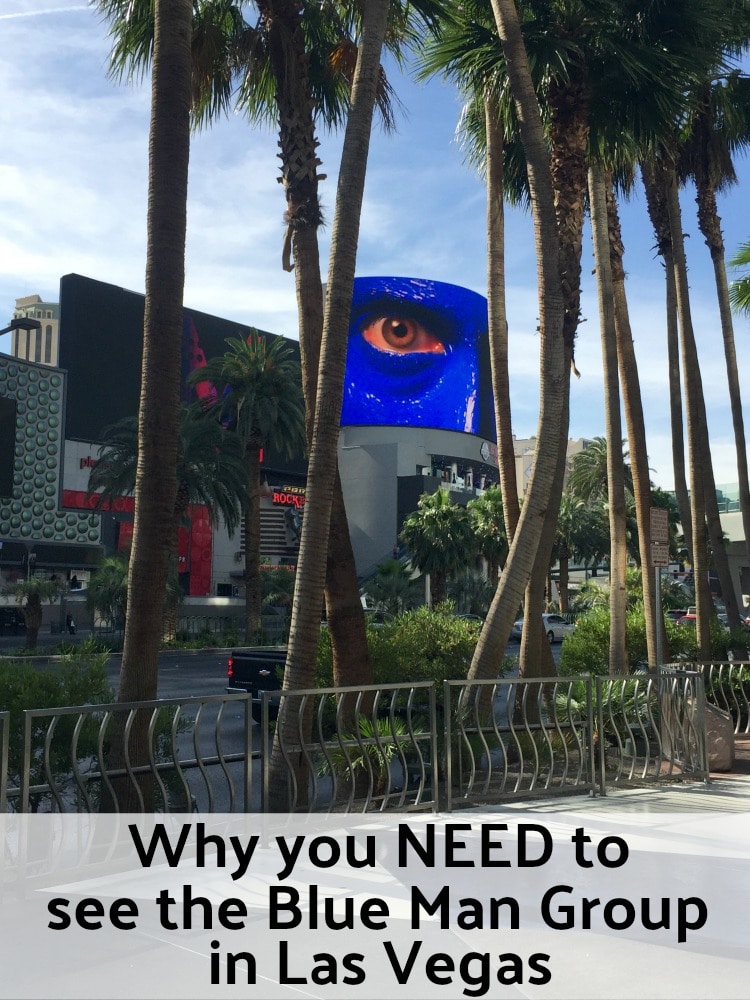 We had an amazing time, the show was everything I hoped it would be and so much more! 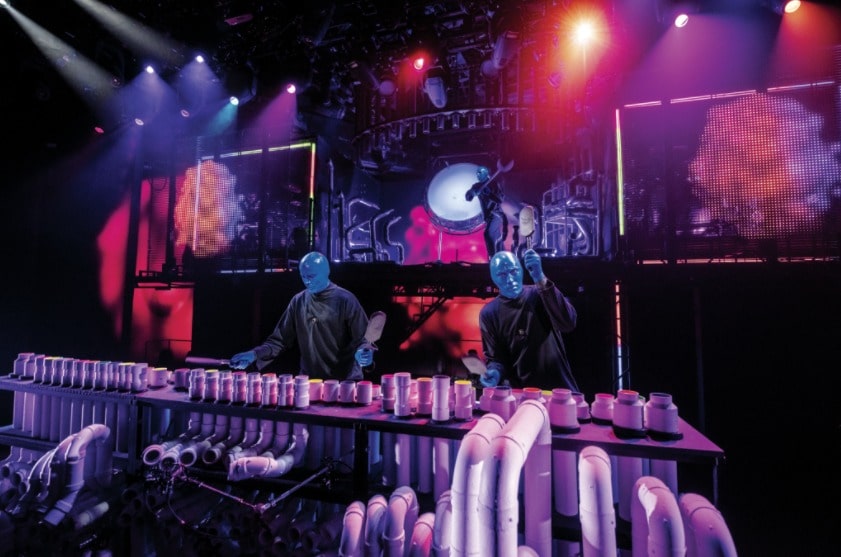 We started our trip checking into the gorgeous Luxor Hotel and Casino. Within minutes my son had deemed it the “awesomest hotel in the world. The hotel is shaped like a massive pyramid and has statues in it to make you feel like you are a part of the ancient world. Since the six year old has a fascination with “the old days” he insisted on taking photos in front of almost every statue we could find! 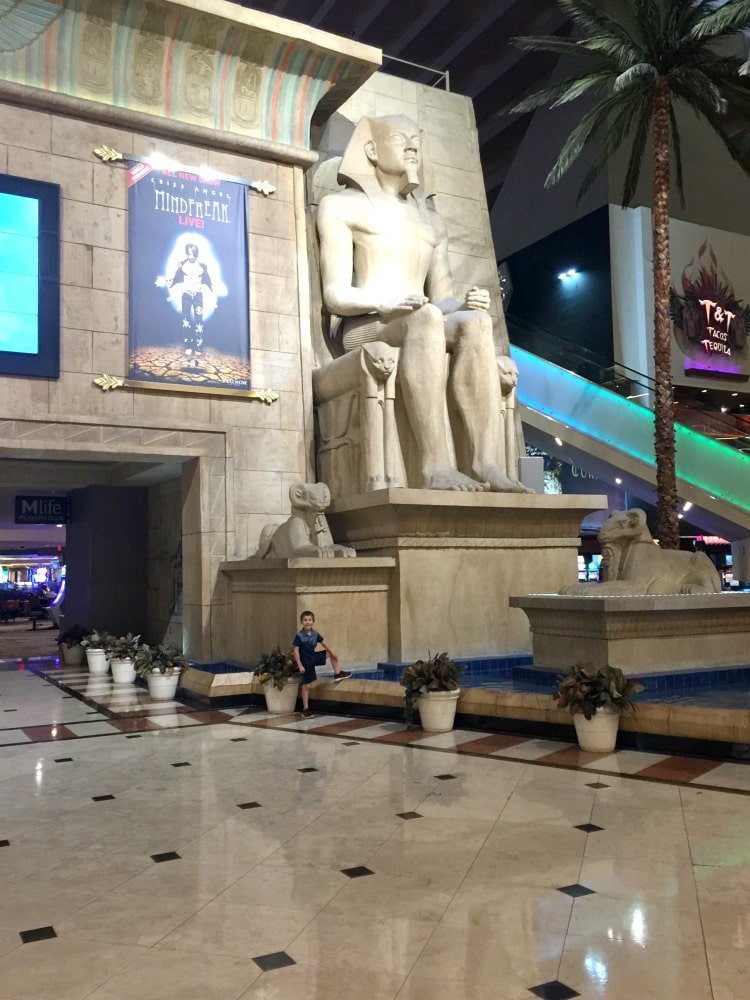 We got in fairly late at night the first night, and it was all I could do to convince him we had to go to bed instead of exploring the entire hotel right then.

The next day was filled with lots of exploring until it was time to start our full on Blue Man Group Experience!

We started with dinner at Tacos and Tequila, an amazing restaurant in the hotel, right next to the theater where Blue Man Group performs.

Right on the menu it said “best tacos in Las Vegas” so naturally, that was the dish I ordered. I’ve lived in Texas most of my life so I can judge tacos pretty harshly, but I’m happy to report that these were spectacular! I gobbled them down! 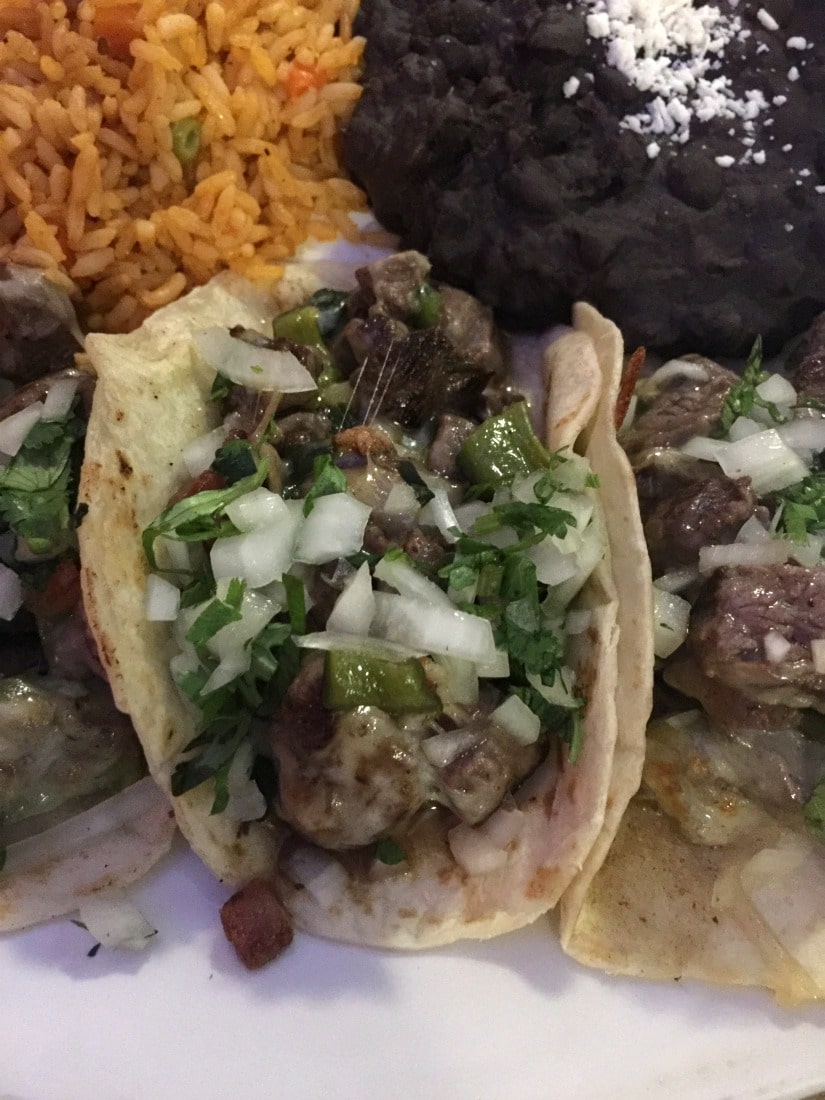 After dinner we were ready to head over for our “Behind the Blue” experience. With Behind the Blue you get a behind the scenes look at how the show comes together.

This means early access to the theater, and even a chance to explore backstage! 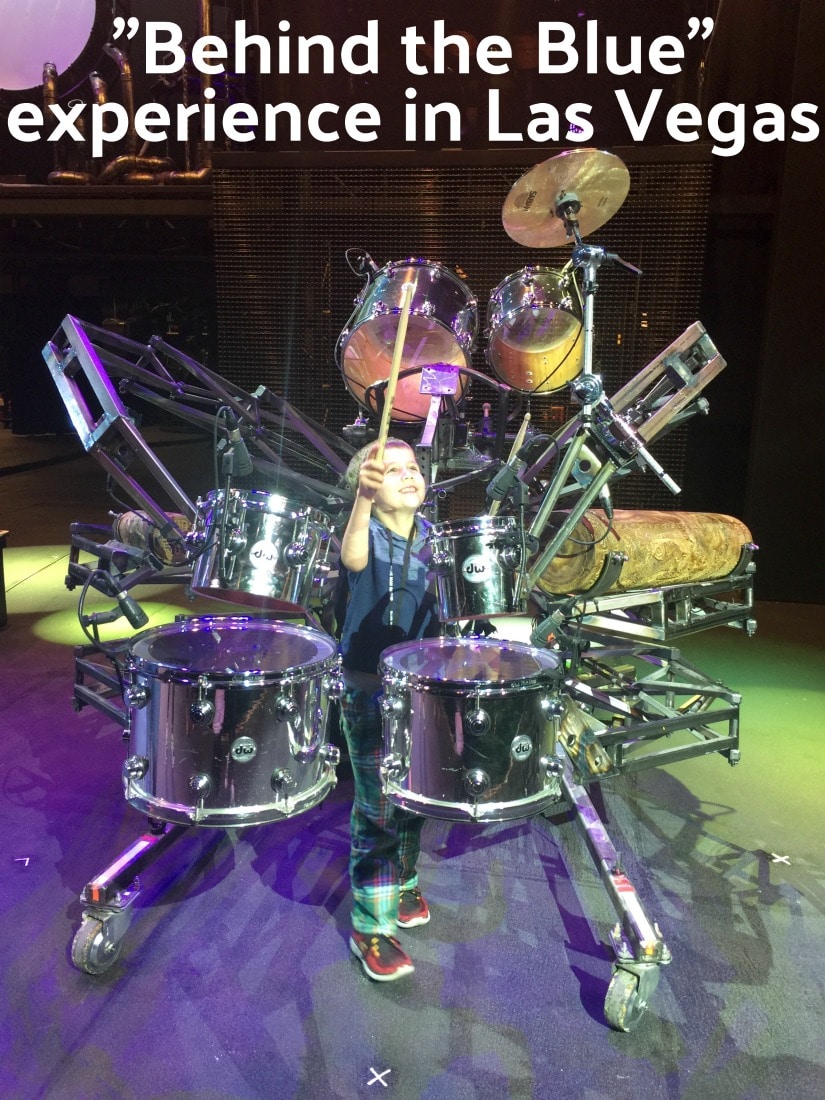 There were three drumsets on stage that we got to check out. We both got our chance to play!

After this set we moved on to the famous PVC drumset. I’ve see Blue Man Group playing pipes since I was a kid so this was a surreal moment to get the chance to play on their set with my son! 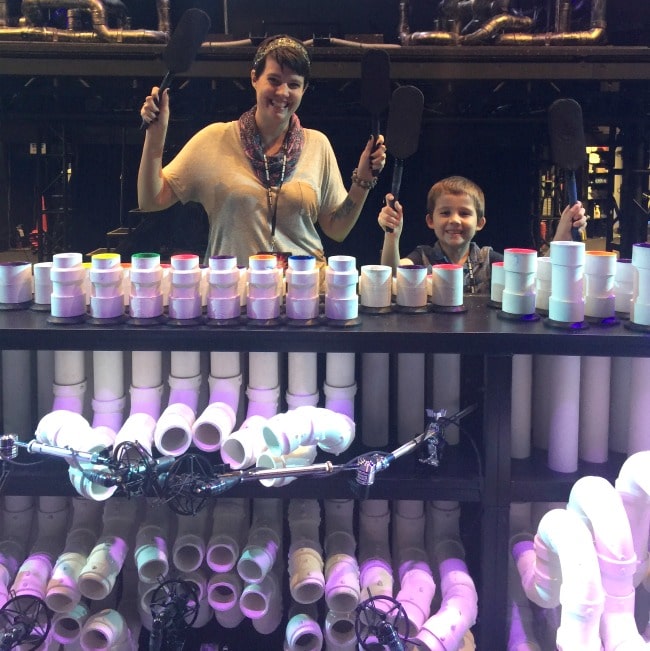 While we didn’t get to play the Spider drum, it was on stage so we could look at it and see how it works. It was neat hearing how the legs were controlled off-stage and seeing how the wheels make it easy for them to walk around inside the drum set! 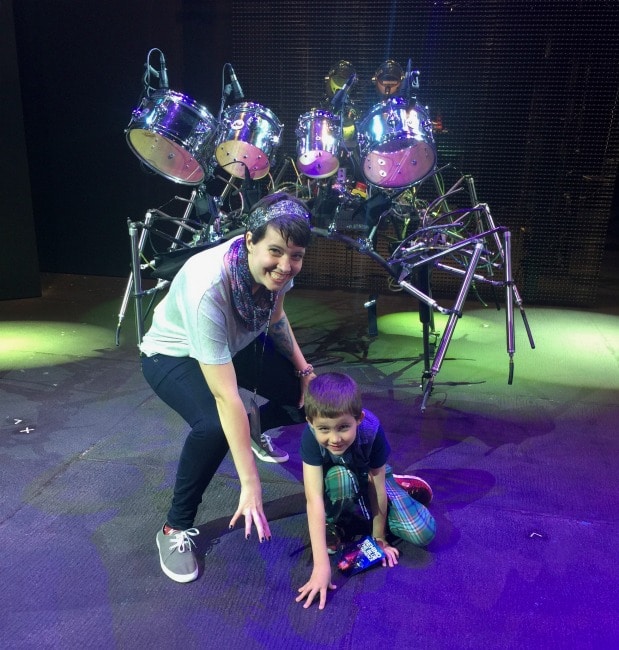 As soon as he heard it was called a spider drum, my son insisted we do spider poses in front of it for our picture. 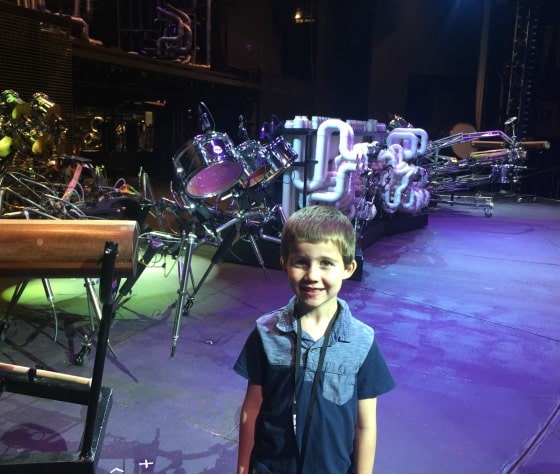 We weren’t allowed to take very many photos back stage, but we did see the staging area where the Blue Men can do touch ups and other “trade secrets” we aren’t allowed to write about.

One of the most interesting things was getting to touch the blue. It smells SO GOOD, which was completely unexpected. I don’t know what I thought it would smell like, but it ended up smelling great. 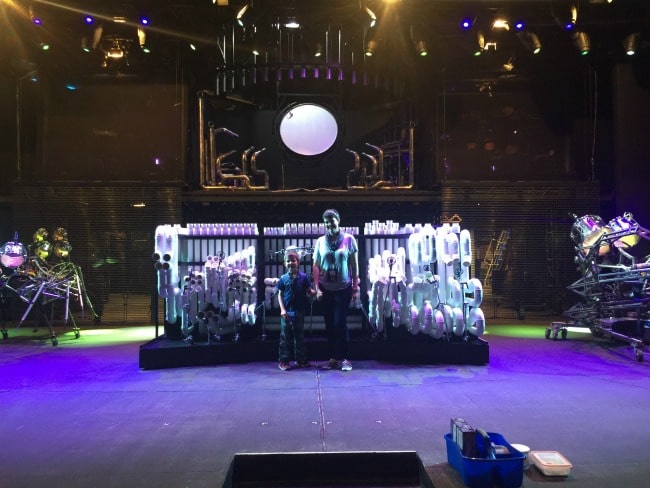 After our backstage journey we got to watch sound check (photos weren’t allowed there either). We even met the guitarist who has played for Blue Man Group for 18 years! He was super nice and answered a lot of questions that my six year old had for him.

My son was a bit star struck at meeting a “real rockstar” and told him that he was most excited to hear the guitar during the show. 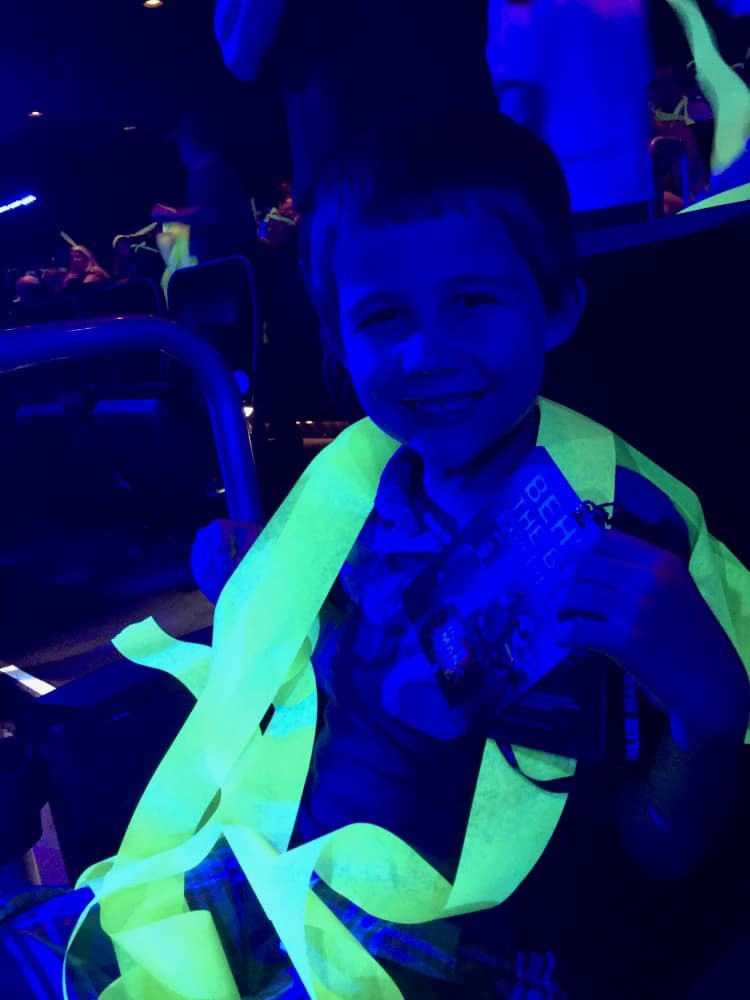 Before the show began there are paper streamers that they cover the audience with. You have the chance to decorate yourself and it looks AMAZING in the black lights. 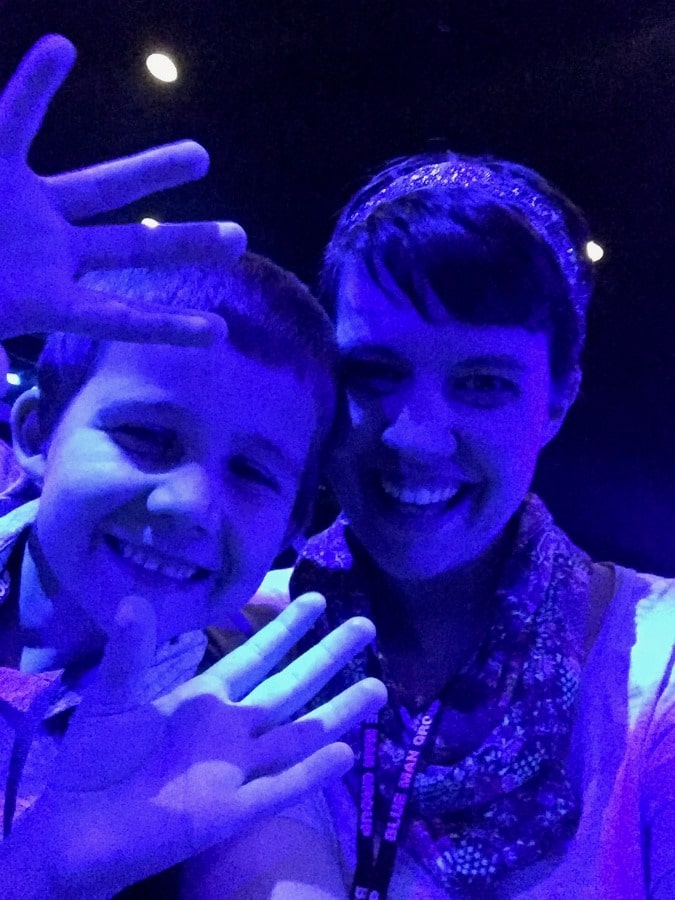 I think that this was my son’s first experience with black lights too, so it was extra special for him to see everything glow!

The show itself started and was nothing short of spectacular. We were wide-eyed the entire time and there were many times that brought full on belly laughs to my son and me both!

I don’t want to spoil the show by telling you all our favorite parts, but I can say everything about it was kid-friendly and up beat.

It was like entering another world for 90 minutes. A happy, fun world full of imagination and excitement. 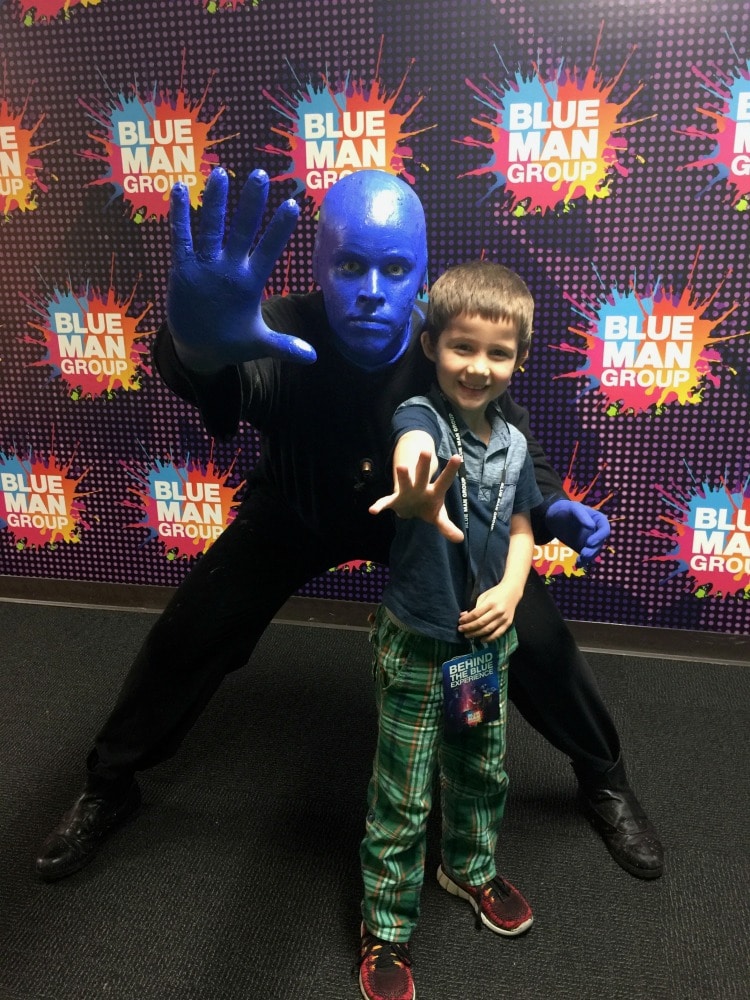 After the show we got up close and personal with a Blue Man! He stayed completely in character the entire time, which totally added to the magic for my son and me both! 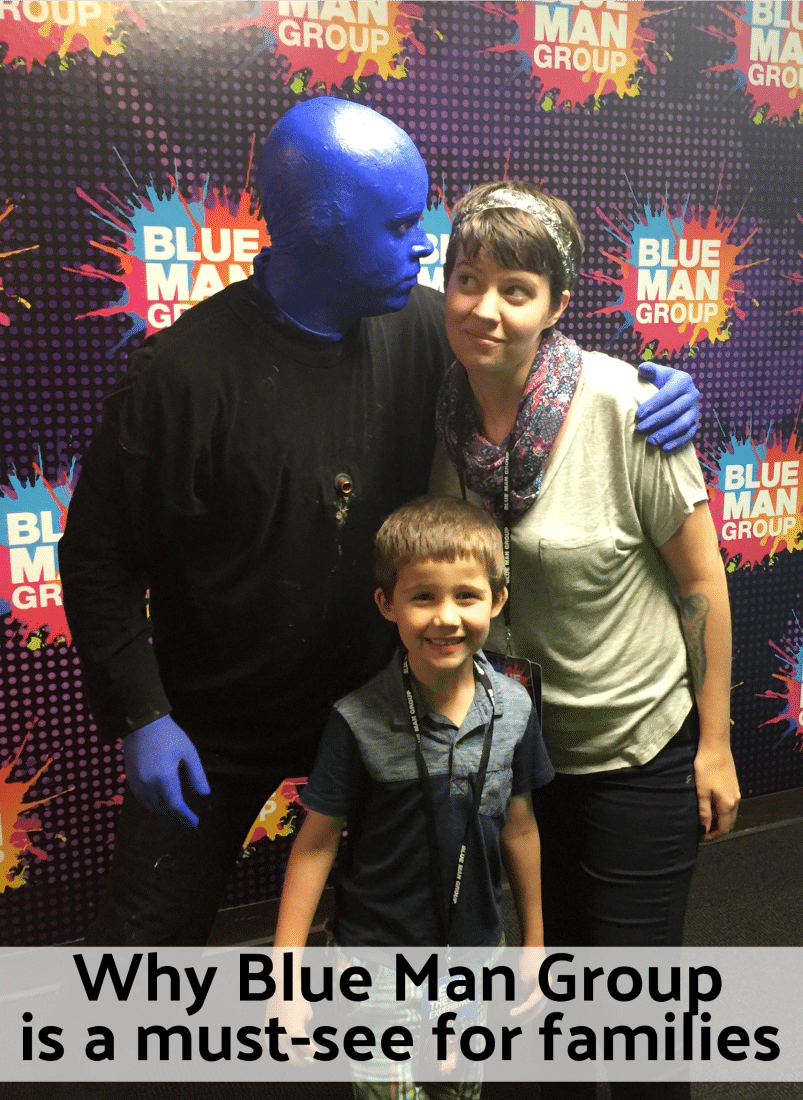 He was literally sniffing me in the above picture. It was too funny! He was really trying to figure us out, as my son did his best to figure out the Blue Man! 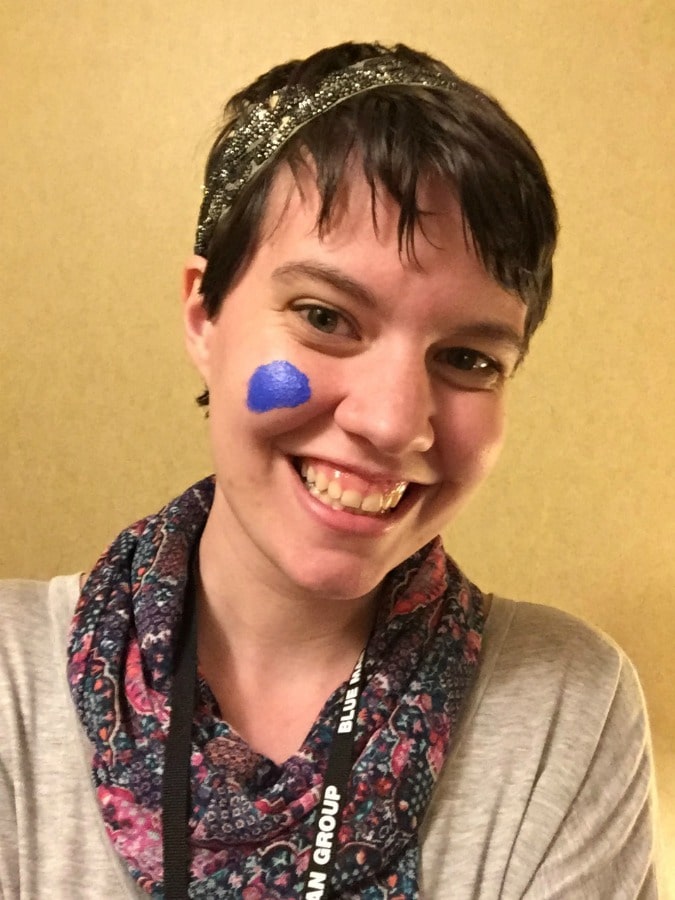 He even shared a bit of the Blue with us! My son got it on his hands and I got a bit on my cheek! 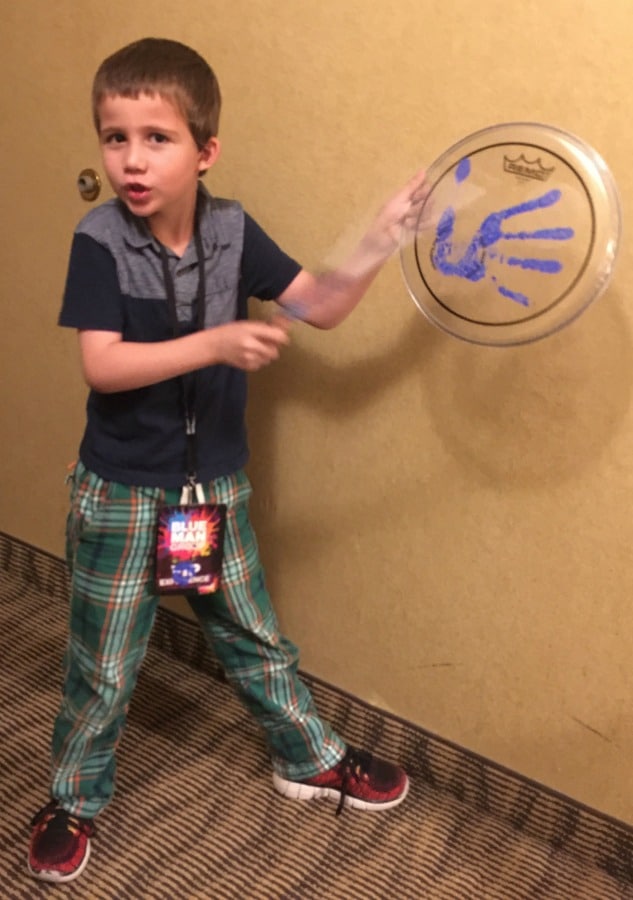 As a parting gift they gave us drum heads that had been used in the show in the past! The Blue Man we met “signed” the drums by giving one a handprint and one a silhouette print! As I’m sure you can imagine, there is constant drumming in my house now! 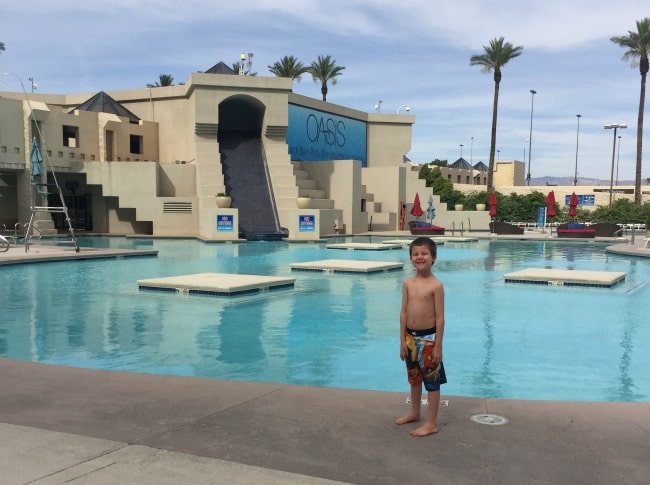 Before we left for the airport the next day, we took a dip in the Oasis pool at the Luxor.

There were several pools outside. The one my son is standing in front of doesn’t get any deeper than three and a half feet all around. This makes it PERFECT for kids during the day!

For adults in the evenings there is an outdoor bar, which makes the shallow pool we swam in, handy for adults too!

Lastly, I am super excited to share this giveaway from Blue Man Group! They are offering two free tickets to their show. Simply comment below with what interests you most about Blue Man Group and you’ll be entered to win!

This is a sponsored conversation written by me on behalf of Blue Man Group. The opinions and text are all mine.