Almost the precise moment you announce your pregnancy, you’ll start to hear all sorts of conflicting advice from every one you meet.

It’s amusing how the most tame of topics can become subjects of contention as different people passionately tell you which method (theirs) is superior to all the others.

You’ll also start to hear a variety of “facts” that also frequently conflict with one another.

One that I’ve heard a lot is that cloth diapers are impractical because they aren’t actually cheaper than disposable diapers.

This is usually said by some one who hasn’t really compared the price of either. But the assumption is, that once you factor in water costs from extra loads of laundry, “fancy” detergent prices and the expensive start up cost of diapers themselves, you’ll end up paying more for cloth than you would for disposable.

So let’s run the math. I looked up current (2016) prices for diapers in several popular brands. Having experimented with a variety of disposable diaper brands as well as cloth, I’ve collected prices from the brands I deem the best in each category. 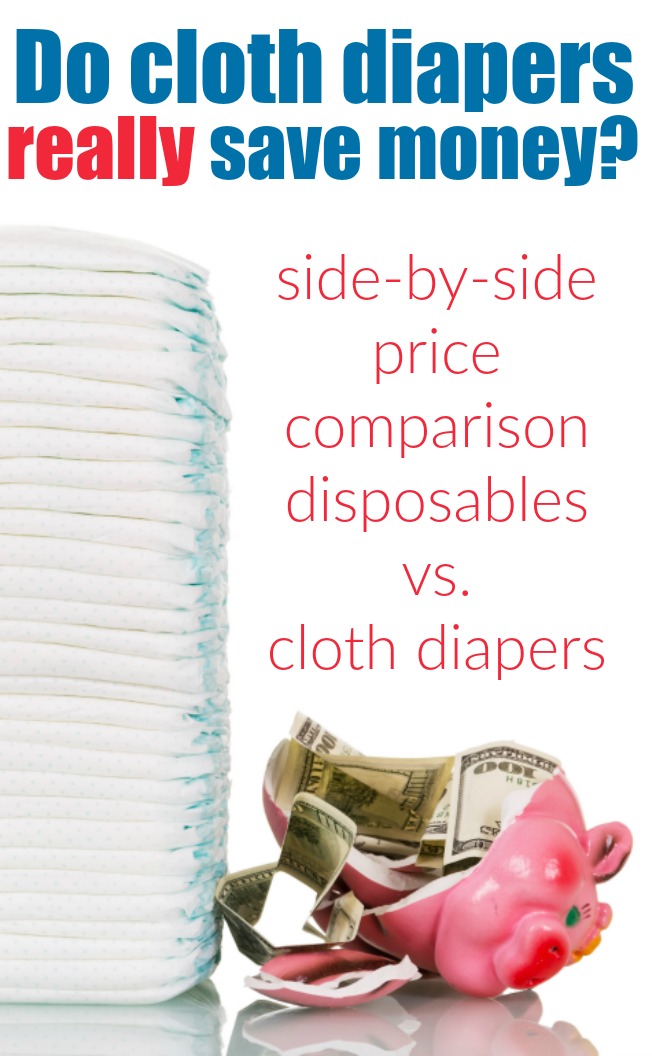 There are certainly “bargain” brands of diapers, but most of them are similar enough in price to the cheapest I’ve mentioned here (Huggies) that it would be redundant to mention OR are so cheaply made that they are useless.

The prices listed here are from purchasing disposable diapers in bulk from amazon. Prices can certainly fluctuate with sales, but you’ll also typically see an increase in price if you buy smaller packages instead of bulk, so I feel these prices are a fair average to pull from to get a good comparison.
Pampers are 0.36 cents per diaper
Luvs are 0.25 cents
Huggies are 0.16 cents
The cost averages out to about 25 cents per diaper. Multiplied by 10-12 diaper changes a day you are probably spending $2.50 or more a day on diapers. Multiply that by 365 days in a year and you have $912 a year spent on diapers alone. Not counting the ones that are wasted because you bought in bulk and the next week the baby grew out of them etc. This is not including the cost for wipes, diaper pail etc.
Start up cost for cloth
20 top of the line Bum Genius 4.0 cloth diapers = $339 (that’s $16.95 each). After that purchase you would never have to buy anymore. The 4.0s are ‘one size’ diapers, which means they go from 8 pounds – potty training and work great the entire time. My 2 year old and my 1 month old wore the same ones!
I can’t personally calculate for you the cost of washing, but there is a cool chart on this site that can help you determine how much the extra laundry will cost you (hint, probably not much, comparatively). I’ll throw out the approximate total of $100 extra a year.
Since you have to use extra laundry soap we can add the $30 a year to that price and end up with our totals
Total diaper cost for 2 years
Disposable diapers – $1,824
Cloth diapers – $599
Notice though, that the initial cost of $339 is taking up more than half of the total expense of diapers for the LIFE of the child. If you’re able to get a few cloth diapers at baby showers, you can GREATLY reduce that number.
If your diapers are gifts, you’re left with about $260 of expenses in diapering your child. 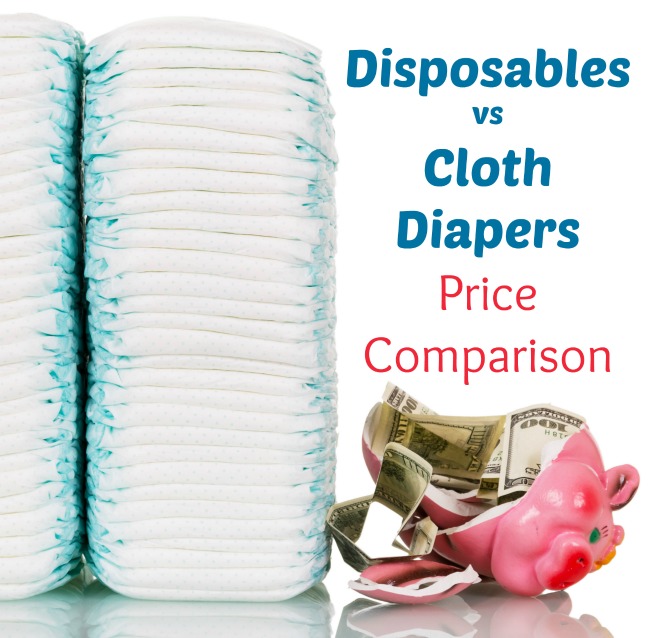 When considering disposables, you also have to think about how long it would be until your child is potty trained. Since most kids aren’t potty trained by their second birthday you could easily be spending $2,000 or more on disposable diapers before potty training. Those are crazy numbers to me, and it makes all the extra laundry worth it for our family!
So the next time some one tells you that cloth diapers don’t actually save you money, send them this post, and let them do the math! It’s easy to look at the $16.95 price tag of a high quality cloth diaper and think “I could get a whole PACKAGE of diapers for that”! But, the truth is that package will only last you for a week, while the “expensive” cloth diaper will last years, and even multiple children! My kids ended up using the same diapers, so that saved a CRAZY amount of money, especially when they were both in diapers at the same time (no extra washing for baby number 2).
Does cloth diapering actually save money? Yes, yes it does!
More cloth diapering myths debunked here: