Some days are hard. And with those hard days often times come hard seasons. And a little boy who can do nothing but pick on his sister and scream at his mama. Everything that goes wrong these days seems to be my fault, at least that’s what his four year old brain is telling him.

Although I handle things consistently and try my best to proceed with patience and grace, one hard day after another just keep piling up and his behavior is nothing short of wearying. 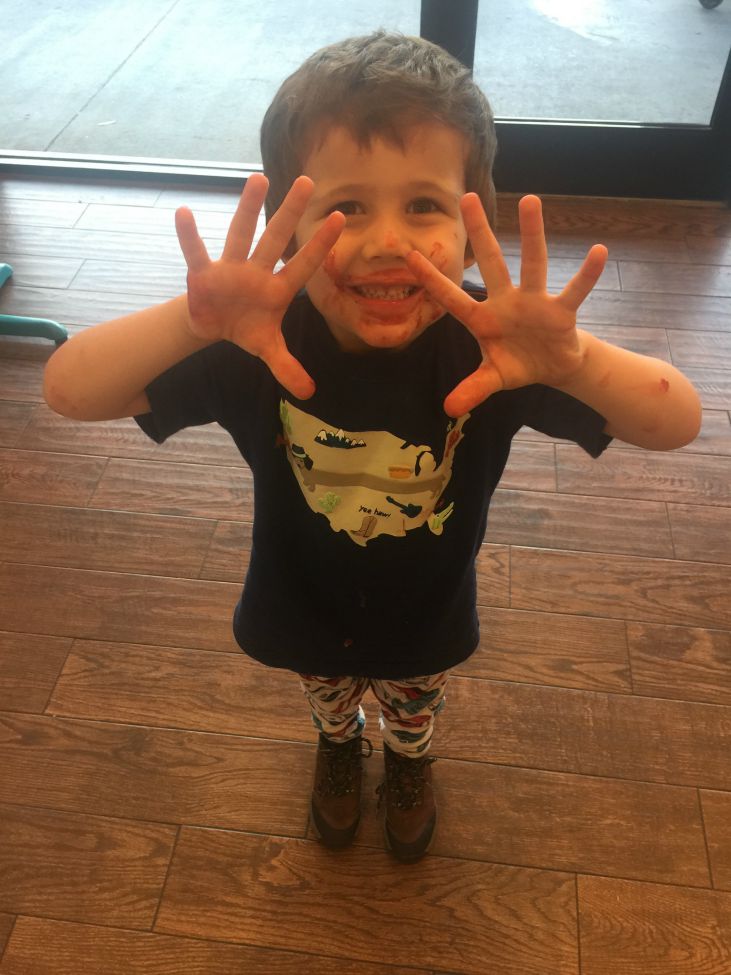 So instead of yelling, or lecturing I put him to bed last night, took 30 minutes to eat dinner with my husband and then went and got him back up again. He wasn’t quite asleep yet as I brought him his shoes and told him we were going to get ice cream.

Just him and I, on an unexpected “late night” (by his standards) trip to the ice cream shop.

It wasn’t a reward for bad behavior, but it was the only way I could show him in a big way how special he is to me.

No distractions. No sister competing for attention. No chores or toys to get in the way.

Just two ice cream cones and a mama and her boy.

I’d like to say it solved all of our problems. That he was a different child the next day. It didn’t and he wasn’t. We’re still working through this tough season. But through it, I’m hunting for extra ways to show him love.

Because some days I get caught up in the teaching and the correcting that I miss the “I love yous”. I don’t want the time we spend talking about how you can and cannot talk to your mama to deafen his ears to how much I care about him.

It was a small thing. But it was also a big thing.

I’m still figuring out this challenging age of not-quite-five. It seems like he is too. But we’re doing it together, ice creams in hand, and I think we’ll be alright.

Or subscribe to the newsletter for weekly notes of encouragement AND a free ebook, Confessions of an imperfect mother.