My dad was a big man. He was 6’6” and at his heaviest weighed in at over 600 pounds. But he was also big in other ways. He had a huge heart and personality. It was rare to be around him and not smiling or laughing. He loved helping people and making others feel happy and cared for. He was such a great and unforgettable man. If you met him, you remembered it. Be it for his size, something crazy his said or did or just the way he made you feel, you wouldn’t forget. . .
He was inspiring in so many ways, but one thing that will always be amazing to me was his weight loss journey. Starting at over 600 pounds he knew reaching a healthy weight was a huge undertaking. I remember him trying countless diets, but never sticking with any because it would take so long for him to lose the weight, it was far too easy to get discouraged and to start missing the food he loves.
He was an amazing cook, and was not going to go the rest of his life without “good” food. He tried the “no bread” diet the “no sugar” diet all of these “no” diets, and it was just not going to happen. But finally he found something that did work. Our church started a weight loss program and it focused on the heart behind weight gain, and not ‘evil’ foods. He realized that he was sinning when he over ate, and he repented for that. I remember as a young child him being humble enough to explain to me and my sister that what he was doing was wrong, and he was going to stop it. What a mighty example of humility for two kids to see!
So he started afresh. They didn’t call what he was doing a “diet”, but instead emphasized only eating until you are satisfied, not full. He learned to eat slower, and put his fork down between bites to pace himself. If he felt satisfied after eating only part of his meal, he would not finish it. I don’t think he eliminated any foods from his diet. He ate what he liked, but only in moderation. And the weight started coming off. If I remember right, he lost about 100 pounds a year for 3 years. It was amazing.
With all of his weight loss, he refused to buy a new belt. His belt got to the point where it would wrap around him 1 and a half times, but he would still proudly wear it, as a symbol of how far he had come. We had to buy a leather punch to make new belt loop holes, but we did it. He would always joke “I’m half the man I used to be!” and it was true! We were (are) so incredibly proud of him.
He died before he finished his weight loss journey, but to me, his story is still inspiring. Not many people can say that they lost over 300 pounds, but he could. He did it. I am so grateful for the example he was to me, and others around him.
He was not the perfect father, but he was good, and that’s all any one can really ask for.
So today, I just wanted to honor him by sharing his journey with you. Tomorrow will be 7 years since he died, but he left a legacy that lives on… If you are on a weight loss journey yourself, I hope that his story can inspire and encourage you to find something that works for you and to do your best to reach a healthy weight. 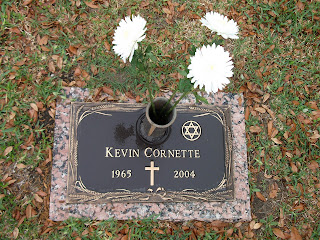