If you’ve watched the first episode of the show you know that it introduces Mrs. Frizzle’s little sister as the new Science teacher, and it follows the class on adventures with her. But the addition of the Frizz to the cast isn’t the only change Netflix made to the characters! 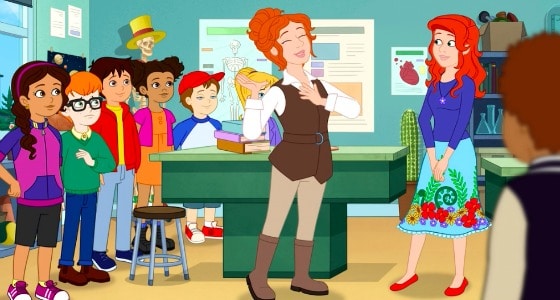 Watching the Netflix reboot of this popular show, one character stood out to me as undergoing a huge change, and it made me ADORE Netflix for what they did with her!

The character of Dorothy Ann (or, DA as they call her) has changed in a subtle but important way, and I’m so thrilled with what they did to her!

See in the 90s Dorothy Ann was a cute little girl who always had the right answer. The problem was she was portrayed as an annoying know-it-all.

Anytime some one would ask a question she’d pipe up in this irritating whine and say “According to my Re-SEARCH” and then tell them the solution.

I remember this vividly from my childhood. I adored DA, she was smart, she was fashionable (I loved her purple/turquoise outfits) but I could also tell that she annoyed people. That people didn’t want Dorothy Ann to be smart and they found it irritating that she was. I knew “smart” wasn’t something that was admired in little girls, even though I admired it in Dorothy Ann for her smarts, I knew it had to be our little secret because others didn’t admire a smart little girl like DA.

Fast forward 20 years to the Netflix Rebook of the Magic School Bus. Dorothy Ann is there, Dorothy Ann is as brilliant and fashionable as ever, but she’s not longer annoying. People don’t groan or roll their eyes when she shares facts with them. 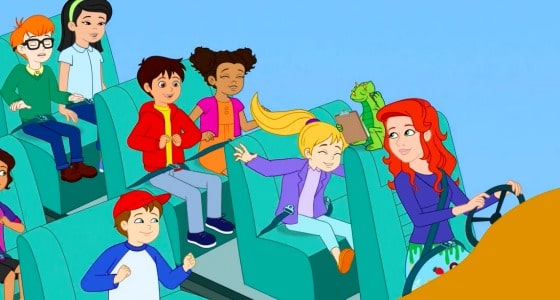 She still has her famous “according to my research” line, but it’s not longer said in a bossy condescending way. She owns the fact that she does research as if it’s the most natural thing in the world and the group allows her to shine in the areas that she’s researched.

DA is no longer the annoying kid no one wants to be around, she’s smart, she’s helpful and the other kids (and most importantly, the kids watching the show) look up to her.

I love that my kids have DA as an example, this show is sending such a positive message, even through such a subtle change in a character’s personality.

This show completely has my attention because it’s empowering to EVERYONE who watches it. The cast of animated characters is diverse and each of the kids have their own strengths and weaknesses. They all respect one another for what they bring to the table. When one of them is worried, no one teases him. When one of them has a great idea, they all get on board to test it out. Even the Frizz helps the kids learn and grow by giving them room to explore their ideas in test their skills. 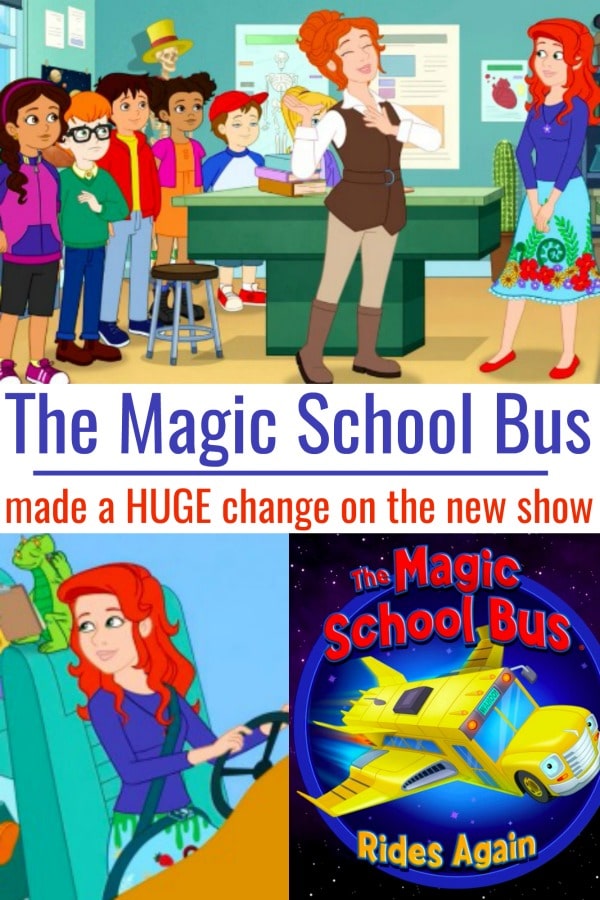 I love that one of my favorite shows from my childhood got rebooted. But most of all, I’m glad that my secret favorite character from my childhood is now getting the respect she deserves from her classmates and those that watch her on TV.