Have you seen the article going around about the 3 moms whose lives were derailed because they had left their children/babies alone in the car for a few minutes? It seems to be popping up everywhere as it’s written from the perspective of one of those moms. The moms who were just going to be inside the store for a minute. Who left a child in the car to sleep when a good Samaritan called the cops to report it. 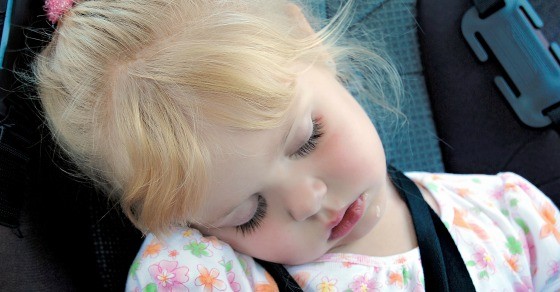 So many issues here. So many choices, some good and some bad.

The end point of the article seemed to be that the person calling the cops was in the wrong for doing so. That the cops were wrong for arresting. They every one else was wrong except the mother who left her baby in the car.

And I just can’t…

My heart breaks for these moms. A temporary lapse in judgement and they are facing criminal charges (because yes, it’s against the law in their states to leave your kid in the car).

But at the same time, I hate that this has become a viral news story.

I am all for supporting moms.

I will be the first to say that though we all parent differently, there is usually a lot more that unites us, than divides.

I love having those moments of supporting another mom, even when our choices are different.

This is about the child.

Children must always come first. And when we see children in danger it is our job to speak up. To do something about it. If that looks like you standing next to the car for a few minutes before deciding to make a phone call, then do it. If that means going inside a store and having some one paged. Or if that looks like calling the police.

Sometimes the police may be called unnecessarily, but you know what? As officers of the law, they should be able to work that out pretty quickly if they are. Sometimes CPS might be required to do some checking. That’s okay. I would much rather CPS be called on a good mom every once in awhile, then for people to stay silent while babies die and children are abused.

In less than 5 months of 2014 twenty kids died because they were left in cars. Twenty. Kids. Died. In most cases, these were good parents, forgetting their kids, or leaving them in the car for “just a minute”. It makes you wonder…how many bi-standers walked by, saw the child and didn’t say anything because they had compassion for the parent who might be having a rough day. They figured the kid would be fine, and the mother would be right back. When in reality the child was long forgotten and life was lost that day. (See the stats on child deaths in cars from 1998-2015 here)

I can all but guarantee you there are 20 sets of parents out there who would give anything for the cops to have been called on them that day. To be facing criminal charges instead of funeral arrangements.

So while our hearts hurt for these moms whose lives may have been derailed, don’t let it keep you from speaking up. From standing with a child who may be in harms way. In cases of abuse, in cases of neglect, and sure in cases where you just aren’t sure. Approach the parent, stand by the car, or if there is no parent around, by all means call the police. Compassion and grace for another parent can never be more important than a child’s safety.

It could save a life. It could rescue a child from years of horrific abuse. As adults, it is our job to look out for the safety of those around us who are unable to speak for themselves. To care for children and love a strangers child enough to speak up, even if it’s awkward.

It’s not about judging another parent, or calling them horrible. It’s about making sure no young lives are needlessly lost in hot cars or to the hands of an abuser. It can even be about stepping in and asking that mom how you can help, because maybe she is in a tough spot and just needed some one to help her. Be that person, but don’t do nothing.