This month is Child Abuse Prevention Month. Last year I shared my story with you about surviving abuse as a teen. The crazy thing is, I didn’t know that I was being abused when it happened. No one in my life had ever explained to me that it was wrong for some one in authority to punch me, or more. I wasn’t taught about abuse because either my dad always thought he’d be there to protect me, or it was just assumed that I knew. 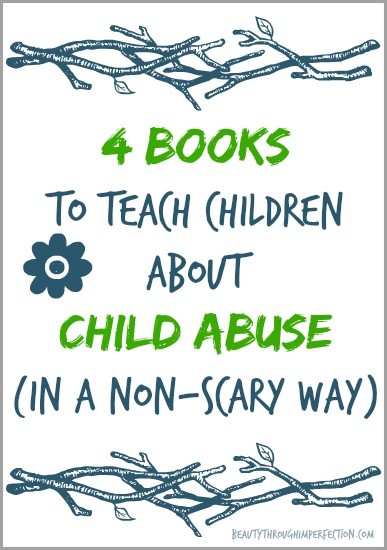 I now know better, and I also know to teach my own kids about abuse. I don’t want to scare them unneccesarily, but abuse occurs far more than we like to think. It’s important to empower kids that they have the right to their own bodies. To say when they don’t want to be touched or to tell some one if some one in authority is abusing their power.

I’ve found several books that introduce these concepts in a simple non-threatening way. My kids aren’t old enough for me to be able to have a full sit-down conversation with them about abuse, but they will sit through a story book. They will also remember it a lot better if they’ve seen and learned about it in one of their favorite story books too.

Here are a few of our favorite books that teach children about abuse and show them what they can do if it happens.

The book we started with in our family was: Your Body Belongs To You 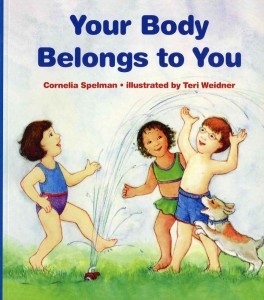 This is a great book for young toddlers. It’s all about empowering the child, letting them know that their body belongs to them! It talks about how touches, kisses and hugs are fun most of the time, but sometimes you don’t like them. It tells the child they are allowed to say no if they don’t want to be touched and explains that no one should ever try to touch them in their “private parts” aka where the bathing suit covers them.

When we first started reading this book, my two year old went through a stage where he wouldn’t hug people sometimes. We let this happen. It might seem weird for a little boy to refuse to hug his aunt or grandma, but I would just explain the boundaries that we were teaching him and tell the adult that they shouldn’t take it personally, he’s just exploring his boundaries. After a few weeks of denying hugs he went back to his normal self, hugging and loving on family frequently. It was a strange stage, but an important one, in my opinion because it taught him that he has the authority to say who touches his body, when and where.

My Body Belongs to Me 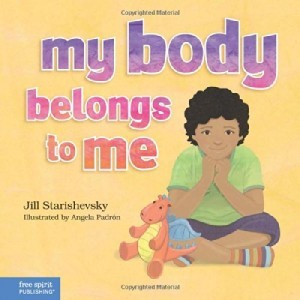 The official amazon review of this book says ages 3-8 but in my opinion 3 is too young. This is a very young feeling book, but it actually goes through a scenario when a young child was approached by an older man (maybe an uncle). It talks about how the child went to his/her parents about it and continues with the lesson from there about what kind of touching is appropriate and when you should tell another adult. It’s not in itself a frightening book, but since it goes into specifics, personally I don’t plan on introducing it until our kids are about to go to school. Right now, my kids are with me pretty much all the time (no daycare or preschool) so I’ve only just begun teaching them about abuse. As they get older, and have opportunity to be away from me more, I will explain more to them, about how some people actually might try to hurt them, and what they can do to stop it. This book is a great step in that direction for an older preschooler.

NO Trespassing – This Is MY Body! 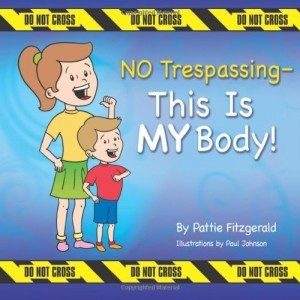 I have not personally read this book yet, but it’s next on my to-purchase list! It talks about a brother and sister and their rules about touching. Some touching makes you feel good and happy, others makes you feel yucky. It talks about it in a happy way, and even explains that the yucky kind of touching is never your fault, so you should tell some one else right away. It shouldn’t be a secret!

I Said No! by Kimberly King 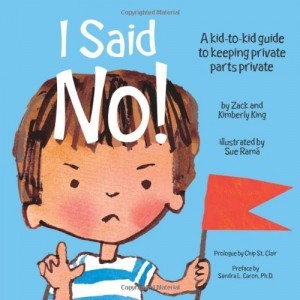 This is another book that I haven’t purchased yet, but plan to get as my son gets older, probably later this year (he turns 4 in November). This book is much more detailed than the others, but in a positive way. It teaches children about “red flags” to look for in their interactions with others, and tells them specific things to do if something wrong happens or starts to occur. It is such a useful tool for kids, so that they are aware of what they should do in various scenarios, even when bribed, or told to be quiet.

At what age did you start the discussion about abuse with your children? Are you planning to start now?  I know it can be difficult, because we do not want to scare our children, but that is why I appreciate these books. They approach a potentially scary topic, in a fun non-intimidating manner. I want my children to know that they have the power to say no, even to an adult, at a very young age. With all the “listening and obeying” that I teach, this is an essential part of a child’s education and growing up.

This is so important to me, because I wasn’t taught these things and was later abused. You can read the condensed version of my story here to learn why teaching kids (even sheltered/homeschooled kids) about abuse is so important!

Have you read any of these books about preventing child abuse? How do you teach your kids about abuse?