Have you been watching DWTS (Dancing With The Stars) this season? I’m normally not one to watch the show, but I have been keeping up with it this season since Candace Cameron Bure is on the show! I have always admired Candace, and I’ve been rooting for her since the season began. 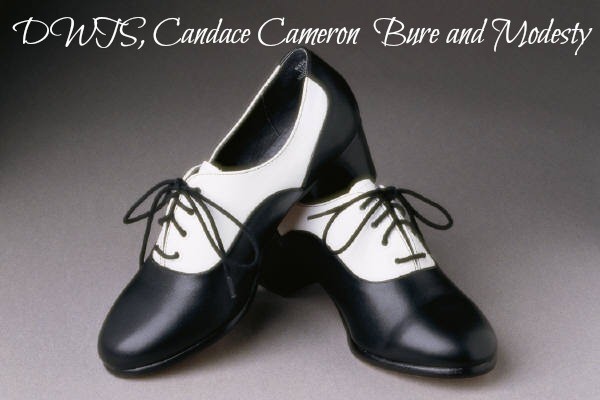 One thing that has been a bit controversial about her time on DWTS is her Christianity, of course! She’s an outspoken (in a good way!) Christian, and isn’t afraid to mention God in her interviews. She makes it clear that she wants her dancing to honor him and she won’t compromise her personal beliefs of modesty for any dance costume.

I think it’s been awesome to see her sticking so firmly to her beliefs throughout this entire season (she’s made it to the finale, which will air this week!), but she’s gotten some flack for it as well.

It seems every time she posts a photo or a video of something she’s done on DWTS on her Facebook Page, there will be several people making insensitive comments about how they are so “disappointed” in her for dressing in a manner that they perceive to be immodest. One person went so far as to say she “broke her promise” and wasn’t dressing appropriately. Sigh.

This is frustrating on so many levels, but I just wanted to address the modesty thing really quickly. Because when modesty becomes us trying to get every one else to stick to our own personal convictions and rules that we’ve set in place for ourselves, we’ve missed something.

The Bible simply doesn’t say that “your skirt must be so many inches long” or “thou shalt not show your midriff”. Specific rules like that are just not there. Every one interprets “modest” and “appropriate” dress code in their own way. So, naturally, that looks different for every person. Some women feel convicted to only wear skirts. That’s great, but not for me. Others avoid shorts or skinny jeans. Still others are completely comfortable in a bikini.

My rules aren’t your rules. And that’s totally okay.

Candace promised to be modest in her dress and actions, and she has done so. She has been a light and shared Christ using the unique situation that he provided her with. The majority (if not all) of us will never been given that particular avenue in which to share the love of Jesus, and I think it is awesome that she has taken this chance to share Him with people who might not have heard otherwise!

She has had fun doing it, and she has stuck to her standards, and that is to be commended. Whether you agree with every outfit choice or not, Christ has been preached and she has not compromised her personal convictions.

I just wanted to weigh in with those thoughts and give some love and support to Candace as she goes into the finale this week!

You have our love, support, prayers (and votes!) Candace!