I don’t know about your kids, but mine are still deep in the Frozen obsession. Everything is Olaf, Elsa, and Anna related. And don’t get me started on the Giraffe stuffed animal that constantly plays the role of Sven when we’re playing Frozen.

So today I have a fun recipe inspired by frozen, for Sven granola bars! This post has affiliate links. 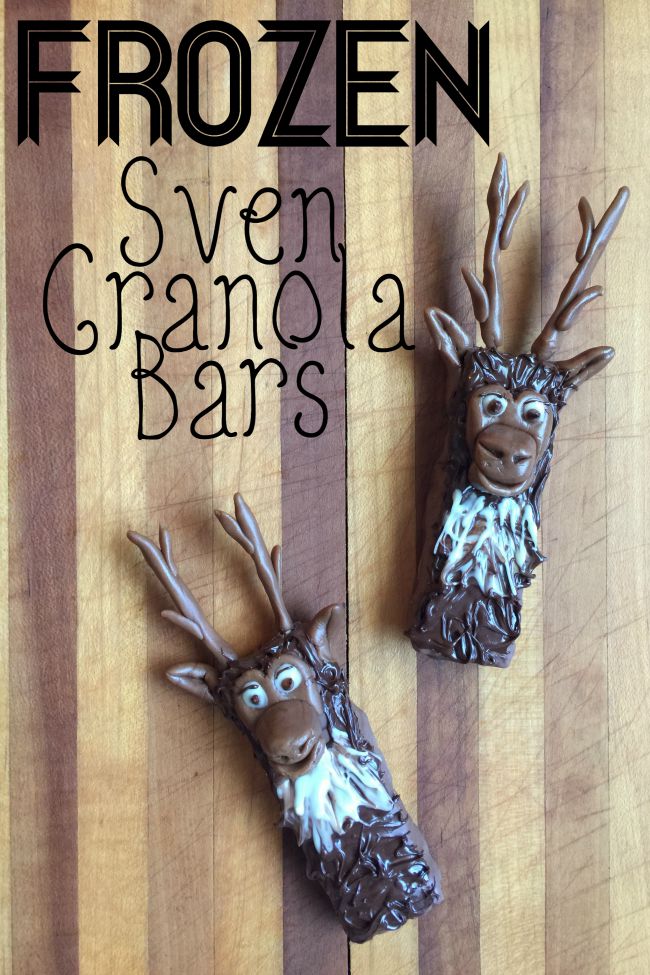 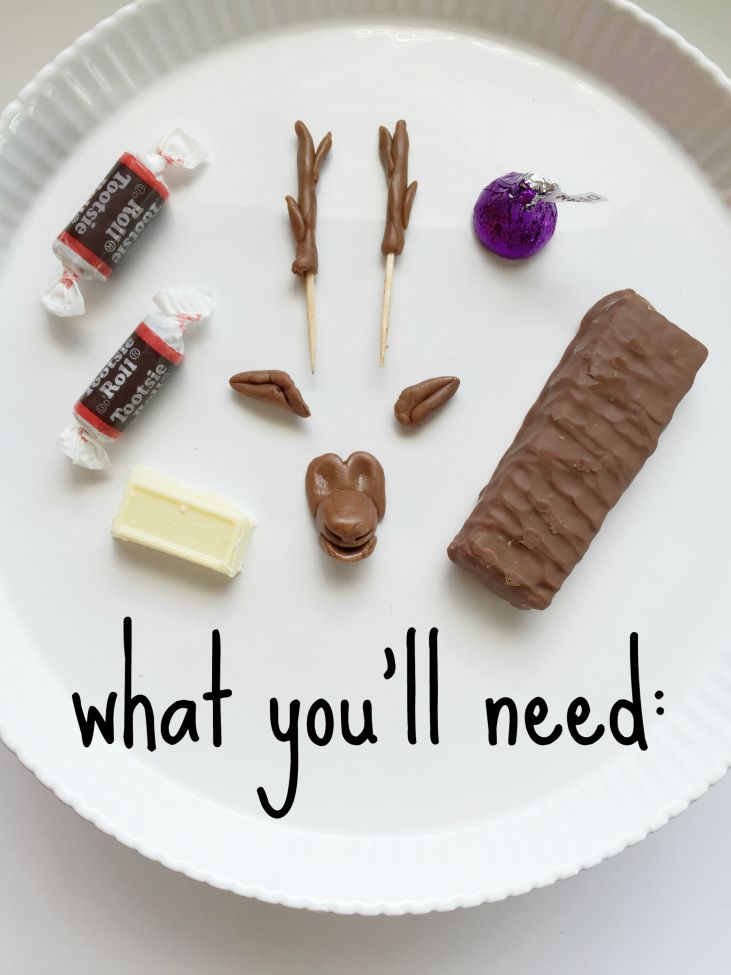 Assembly:
FACE:- Cut one tootsie roll in half and use the palm of your hand to round one end forming Sven’s snout.
– With a sharp knife form Sven’s nostrils.
– Pinch a piece from your other tootsie roll half to form Sven’s eye sockets.
– Flatten that piece until you have a small disk shape.
– Cut away a piece from that disk so that you have something that resembles a crescent moon.
– On the rounded part of the moon use your knife to make an indention forming Sven’s eyebrows and use the bottom handle of the knife to make two small indentations which you will later fill with melted white chocolate for the eyes.
– Use the remaining piece of tootsie roll to form Sven’s lower lip and attach it to his snout right under the nostrils.
– Place the mouth, snout and eye pieces on your unwraped granola bar as shown. The candy is very tacky and it will stick. 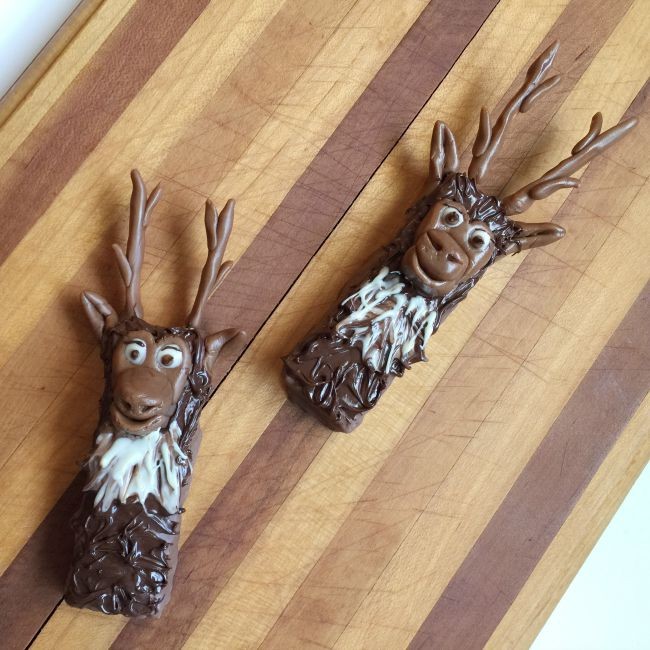 EARS & ANTLERS:
– Take your second piece of tootsie roll and cut it in half.
– Cover a toothpick with tootsie roll candy and roll it on the table forming Sven’s antler.
– Do this with a second toothpick to form the other antler.
– Pinch off the top portion of candy from each antler to make them uniform in shape and size.
– Roll two small pieces and attach them to the sides of each antler as shown.
– Pinch off more tootsie roll candy to form Sven’s ears using your knife to form an indention.
– Attach each ear to the top corners of your granola bar and push the tips slightly forward.
– Insert both toothpick antlers into the top of the granola bar. 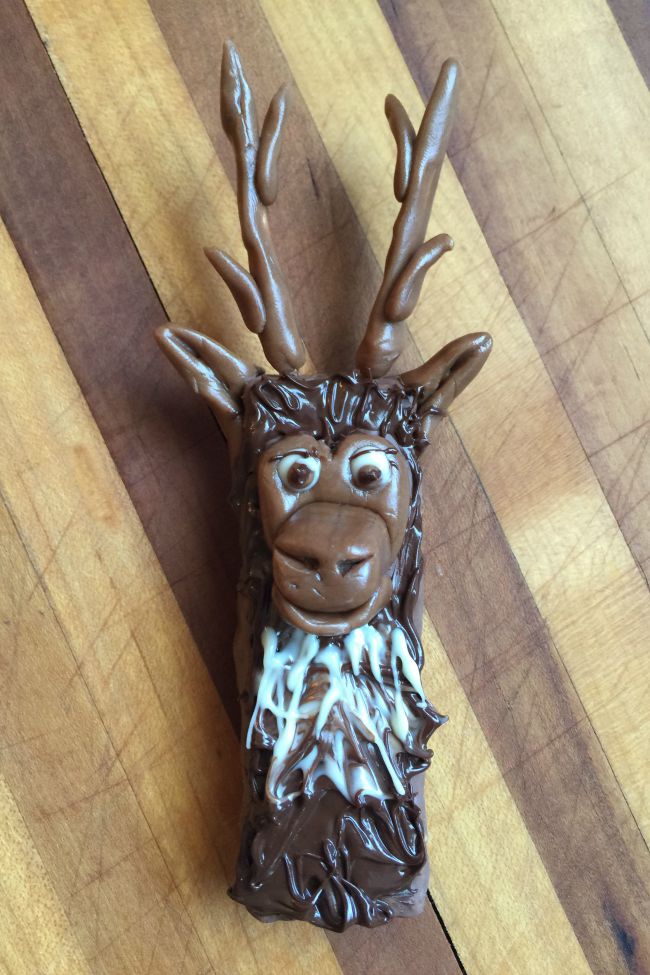