Body Image. No matter where you go as a woman, some one is talking about it, or (at the very least) thinking about it.

The internet was outraged when a fitness blogger (Carolin Berg Eriksen) posted a selfie of her post-baby body on her Instagram account. She was toned, and very thin and there are a lot of people commenting and blogging about how unrealistic she is, and writing about what “real” women look like.

It’s very reminiscent of when Maria Kang (another fitness guru) posted a similar photo a couple months back, with the caption “what’s your excuse”.

I’m not defending either woman, and I can’t pretend to know what their intentions were posting the photos. Maybe they were innocent, sharing their photos because they are proud of their accomplishments (who wouldn’t be?) or maybe they were trying to bully and shame every one else. I have no idea. But I will say this…

I’m sick of all the responses saying “That’s not what real women look like”. I’m saddened that there are hundreds of images of women with the stereotypical postpartum bellies receiving responses of “beautiful” and “wonderful” (as they should, because they are beautiful), but then when a smaller woman posts her photo she’s attacked. She’s accused of trying to compete with or shame every one else. Yes, it’s possible that their intentions were cruel, but it’s also possible that they were just sharing photos of their postpartum bellies.

Some people, some mamas even, are just small. They should be allowed to share their bellies too if they feel so inclined. Personally, I’m not one to post photos of my belly pre baby or post baby. That’s just not what I do. But if I did,  no one would call me beautiful, inspiring or say “good job mama”. No one would call me a real woman. Instead, I would probably be attacked for it. I would be called a bully that’s trying to start a competition and shame people, simply because I’m smaller than average. I’m smaller than whatever size constitutes being “real”. 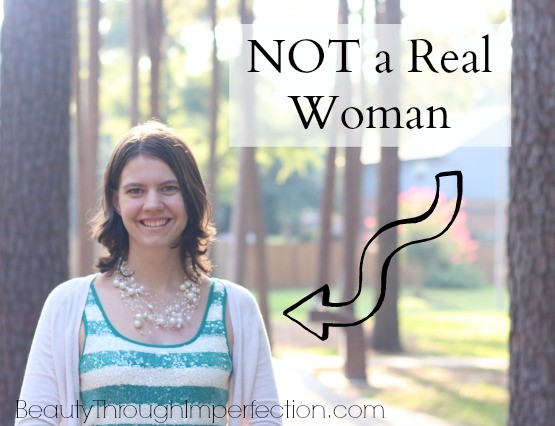 Here’s an idea. Let’s realize that all women are real women. Until they start making robot replicas of humans, we’re all real. No matter how we look in a photo, how many stretch marks we sport, how many extra pounds we have or how many bones are visible through our skin. We’re real women with real feelings.

Thin women have just as many body image issues as the not-so-thin women. And then, to top it all off, we’re told that we’re not even real because we’re skinny. We don’t even get the privilege of being women in most people’s minds because we’re smaller than average.

So maybe, can we all just agree to support one another, regardless of our size and do so without degrading or hurting those of another size. Can we rejoice with one another’s accomplishments without feeling like they are threatening our own goals and successes? 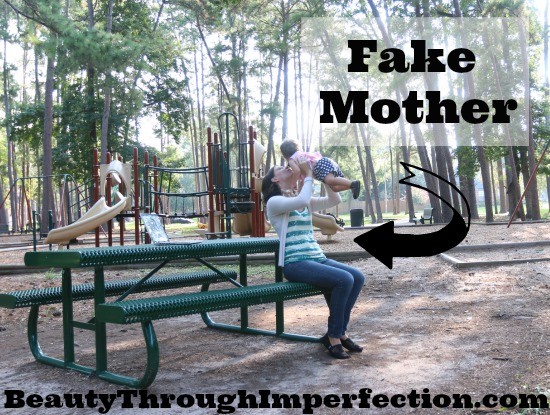 We’re all different. I can rejoice with my friend when she loses a pound, without mocking those that are underweight, just like she cheers with me, when I gain a pound without criticizing those that weigh more than I do. Both of these things can be done without hurting any one else. Support should never come at the expense of another.