It’s interesting thing kinds of things that come up, once you are the mama of a little girl. The worries and fears about her body image, and self confidence start in our minds, before she’s even old enough to express a complete thought of her own. 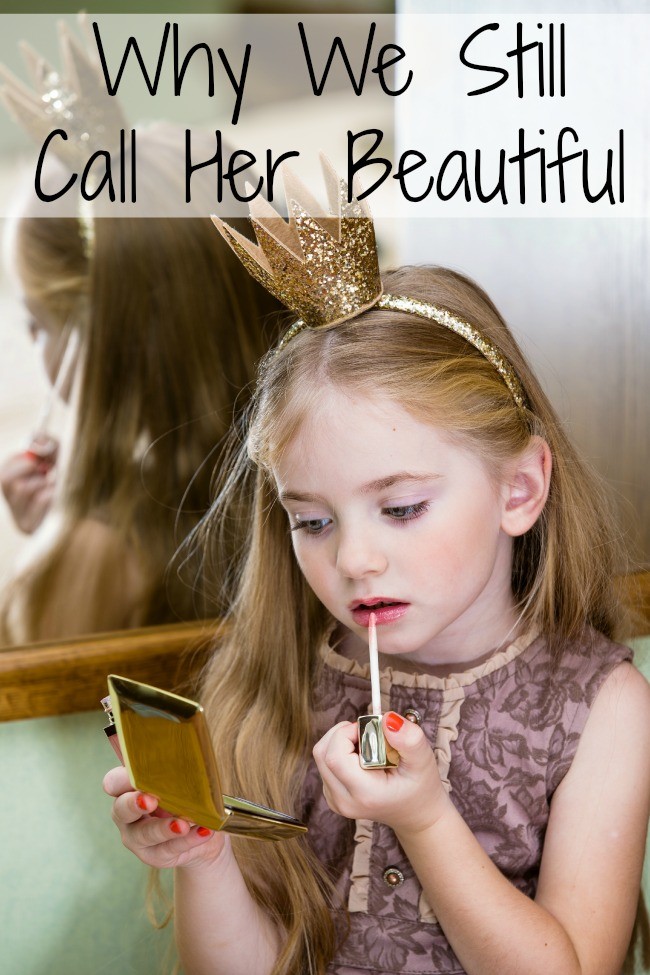 There’s questions about wearing makeup, what will she think of it if I do, along with thoughts about emphasizing inner beauty more than outer, and the great Barbie® debate. It’s not surprising, because it seems everywhere we turn in our culture women are being objectified, while others are obsessing with outer beauty to a fault and still more are being shamed for being too big in the eyes of society or even, too small.

Body image is a tough issue, and it starts young.

I certainly want my little girl to grow up knowing that she is valued for a thousand reasons beyond than her looks. I want her to be confident that her face, her body, her size are not what defines her as woman. I yearn for her to value the things that are most important, in herself and in others.

But I also want her to know that she’s beautiful.

In the attempt to combat the culture that tells girls they are sex-objects and teaches them to stress about their looks before they’ve even hit puberty, we often try to compensate by ignoring their bodies. Instead of teaching them how to be beautiful and bright, we sometimes throw looks out the window and only focus on personality or smarts, and this doesn’t help either.

God has created our little girls beautiful, and it’s not wrong to tell them this.

My baby girl spins around in a little dress, I smile at her and say “you are beautiful”.

Some dresses were just MADE for twirling. We're obsessed with this robot dress from @princessawesomegirls #princessawesome #twirl #thathairthough #curlyhair #sis

She wakes up in the morning with matted hair, and wrinkled PJs, as she rubs her sleep eyes, I whisper in her ear “you are beautiful”.

Because it’s not about what she wears, it’s about her. The kind, feisty little girl that she is.

She’s beautiful in the twirly dress, and she’s beautiful when she’s running around, carefree in her fabulous outfits she creates because she things they look ah-may-zing!

I never want there to be even a glimmer of doubt in her mind about this. 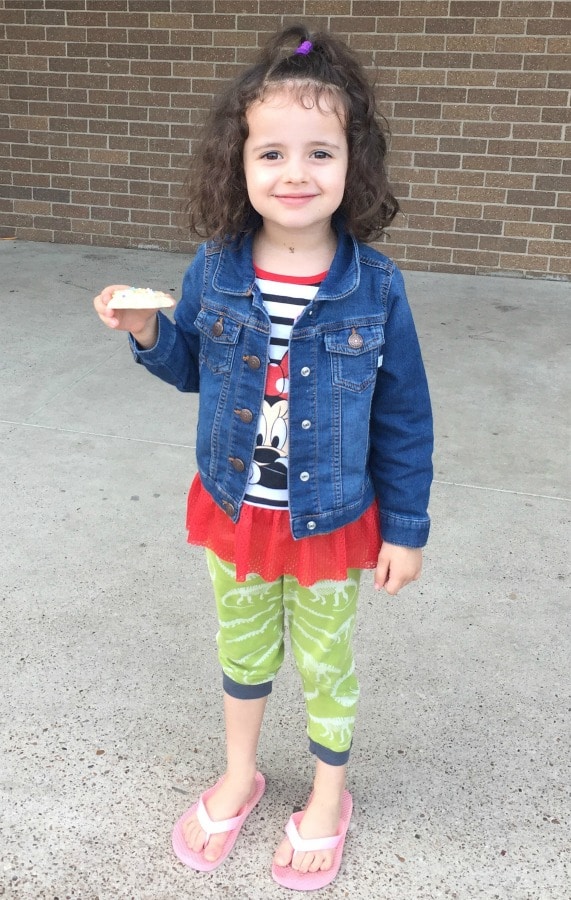 She carefully crafted this outfit (photo above) for her Kingergarten registration. She marched out of her room with her head held high and told me she chose to wear this because she wanted to look AMAZING.

We smiled and told her she did. And so did everyone else at Kinder registration, because there’s nothing more beautiful than a little girl that proud of who she is!

When she was a baby, and even still today, my husband sings her a song from this CD

, telling her she’s the “most beautiful girl, in the whole wide world”. Her big brother has learned the tune, and he frequently sings it to her as well. Her personal little lullaby, sparking her first little sentence  as an infant to be: “whole wide world” as she attempts to sing it too.

We all remind her that she’s beautiful throughout the day, not because we have to, but because it is a part of who she is.

She doesn’t know the difference yet, but there will be a day when she longs to hear those simple words “you look beautiful,” and I want her to hear them from me, from my husband and from her big brother first. To know in the very core of her being that we are behind her, reminding her that God has made her beautiful.

Just like He’s made her smart, feisty and with a larger-than-life personality. All of these things are true, none of them should be ignored, least of all beauty. 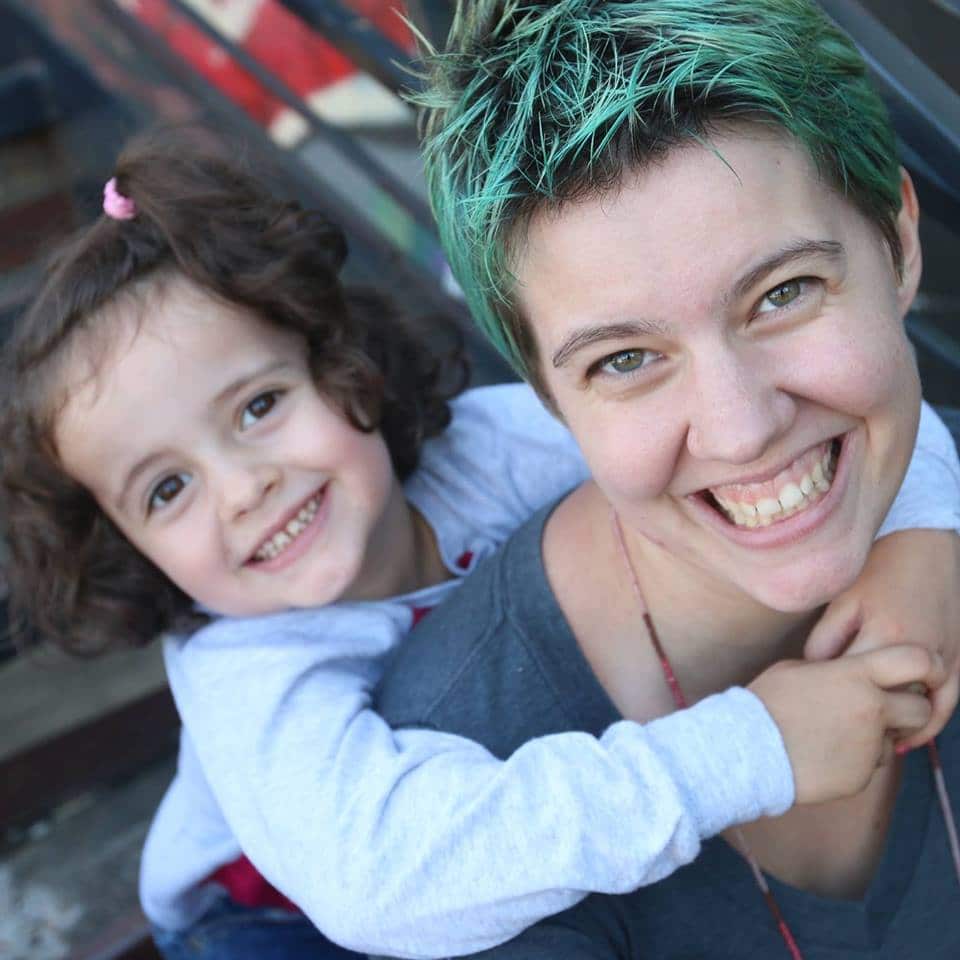 It’s not wrong for little girls to want to be beautiful, this is a desire that runs to our very core as women, it feeds the fashion industry and is at the heart of many eating disorders and plays a role in a girl’s self-worth or lack thereof.

We can’t ignore beauty. We can’t act like it doesn’t exist, or it doesn’t matter. Because it does. Beauty isn’t everything, but it is something. It shouldn’t be discounted.

I realize that if we don’t tell her, she’ll look for someone else to fill that need. She’ll try to find ways to make herself be enough for some one. She’ll search for clothes to make her pretty enough or makeup to cover her perceived flaws. 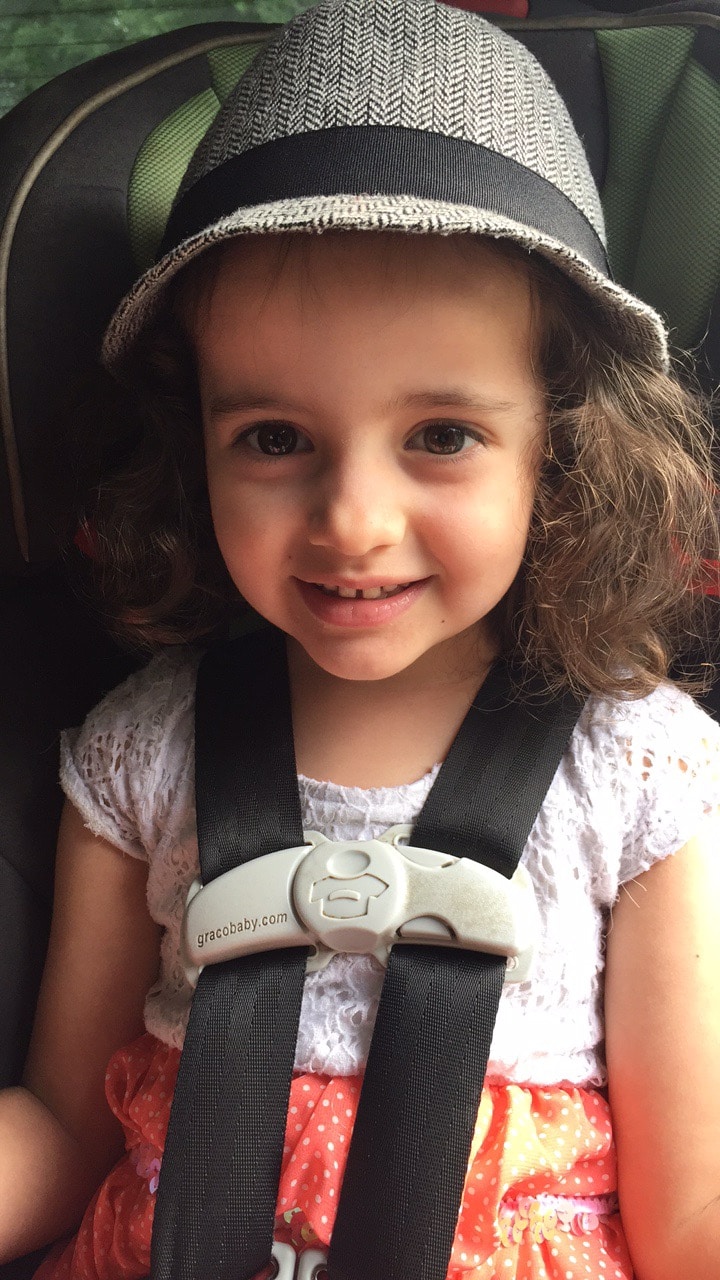 I’m not against pretty clothes and even though I don’t wear it myself, I’m not against makeup either. I love to dress up and wear fancy clothing. These things are not wrong in and of themselves.

I just want to be sure every bit of her knows that that she can get all dolled up, and she will look beautiful, and then she can take it all off, slip into some jeans and a t-shirt and she’ll still be gorgeous. I want her to know that she is beautiful. Not clothing, not fancy hair or makeup. She is. From her heart to her face, to her body and I’ll never stop telling her.