Sometimes I read marriage advice on the internet. Most of the time I regret it. I scroll through the list of 10 things a wife needs to do to have a spectacular marriage or the 5 marriage rules for wives and the like and I just get a little cringe-y. Most of the time there are fundamental parts of the articles that I disagree with. I go into it hoping to find some camaraderie, because yep, marriage is hard and I’d love tips on how I can do a better job on my end of it, but I usually walk away scratching my head and realizing that what I’m looking for can rarely be found in an article. (Yes, I see the irony in writing about the shortfalls of marriage blogging… but I digress). 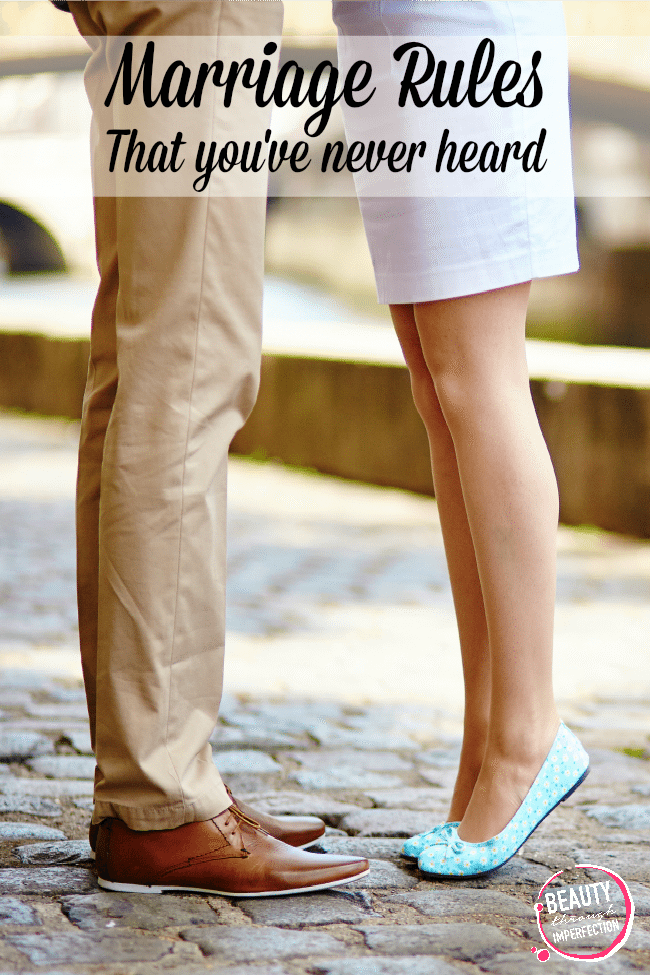 The problem I have with most articles is that they are one sided. I don’t want to be the only one working on my marriage. I feel like that breeds bitterness and hurts. I want to work together as a team with my husband. I want to be with him intentionally walking away from divorce every day (which is why we didn’t remove that word from our vocabularies when we got married).

Men aren’t as likely to search the internet for 10 tips on how to be a better husband tomorrow. That’s just not a thing they do the majority of the time, and honestly I think that’s okay. Because no two marriages look exactly the same. I can think of so many awesome couples that I know of, their love for each other is evident in most everything that they do, but not one of them has a marriage that works exactly the same as the other. It’s about finding what works for you in your relationship.

So many marriage issues come down to just being a decent person. I don’t check with my husband before purchasing something because I’m a wife and that’s some how in the ‘wife handbook of rules’. I do it because it’s the right thing to do when two humans are sharing one bank account, and he offers me the same courtesy and respect. I don’t shout at him or speak poorly of him to my friends because that would just be a pretty jerky thing to do to anyone, much more so my spouse whom I’ve vowed to love and cherish. The thing is, it’s not that hard. Common courtesy isn’t difficult, it’s just intentional. We don’t need rules to tell us that, we just need to be aware of the way we behave and, well maybe think about the ol’ golden rule from time to time. *wink*

Stop fighting. Now in general, I hate confrontation and my husband is extremely laid back, so we don’t struggle with fights as much as the average couple probably does, but this in no way means we don’t disagree. It’s just that we do our best to never let it get to a point of hostility. I love the Max Lucado quote: “Conflict is inevitable but combat is optional”. Going into marriage I did not expect this. In my life most people had made it seem like fighting was a natural, normal and even healthy part of a relationship. As if you really hadn’t “arrived” in marriage until you’ve had some pretty major anger-filled fights. I just don’t think this is true. If it were a friendship, I’d respect a friend enough to not scream at her, to give her the benefit of the doubt and to try to show love even when I am my most irritated. I try to afford this same love and courtesy to my husband. 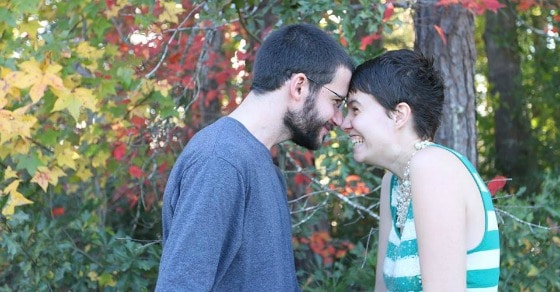 Going back to the second point, it’s just about being a decent person, talking things out instead of screaming them out. It’s not ground breaking-ly new information, but I feel like if we were getting this right, we wouldn’t be scouring the internet for a list of 10 steps that would magically make things okay. 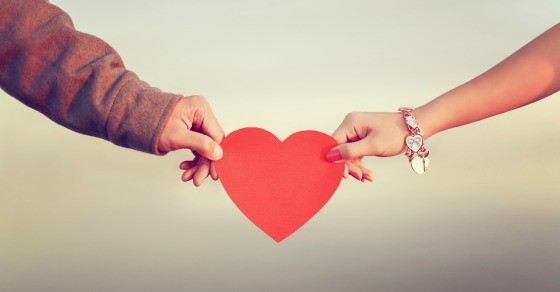 I do remember receiving one invaluable piece of advice from my aunt about marriage. Her recommendation was to every week, ask your spouse what one thing you could do this week to help them/support them and make them feel loved and appreciated. Maybe he really needs 10 minutes to unwind before I thrust the kids on him when he gets home because this week has been particularly stressful at work. Perhaps, he’d appreciate something else more. No article on the internet is going to tell me the answer to these questions, but he can if I ask him. The follow up to that though is if he tells you, make sure you do it. Make whatever that one thing is for that week a priority in your life.

We don’t always have to look outside to get good marriage advice. Sometimes we just need to look in our own relationship and say “hmm, how could I be doing this better?” and then do that.

What do you think? Have you heard some strange “marriage rules” or do you make your own?